Curtin University’s plan to make its Bentley campus much more than just an institute of higher learning is gaining momentum. 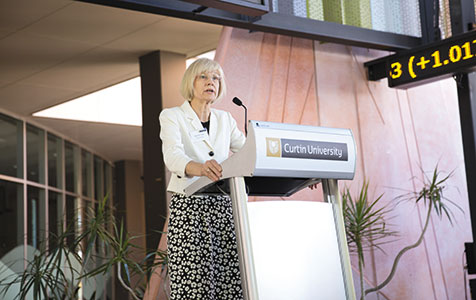 Curtin University’s plan to make its Bentley campus much more than just an institute of higher learning is gaining momentum.

Curtin University is planning to construct accommodation for 1,500 students on its Bentley campus over the next five years, while also examining the possibility of building a hotel for visiting academics.

The developments are part of the first phase of the Greater Curtin master plan, which will comprise the construction of a new road through the campus designed to facilitate major capital works, including the new student housing that will double the current capacity of the campus.

Also included in the first phase of the plan is a new bus depot, designed to funnel students and visitors more efficiently into the centre of the campus.

Last week, Curtin also unveiled the first of a series of new precincts at the Bentley campus, designed to foster stronger links between the university and the business community.

At the opening of Wesfarmers Court last week, vice-chancellor Deborah Terry said the interface between business and education was driving the transition from a traditional campus to an integrated precinct.

Professor Terry said the university would fund the infrastructure for the first phase of Greater Curtin.

And while Curtin University director of properties, facilities and management Andy Sharp would not disclose the exact costs, he said it would be a project worth “hundreds of millions of dollars”.

Professor Terry said models were being investigated to raise the money required to build the student accommodation.

“We will fund the facilitating infrastructure and we’re currently beginning our work to look at models for funding the student accommodation,” Professor Terry said.

Professor Terry said the doubling of the student accommodation would also facilitate further development of the retail options on campus.

“When you double the number of students living here, then of course we will need to cater for those students with a bigger mix of options; cafes, food options, small scale retail, those sorts of things,” she said.

Mr Sharp said the development of a hotel on the Bentley campus would be an important step in the university’s efforts to increase the attractiveness of Curtin to international academics and prospective students.

“We have a lot of academics that come from all around the world to come visit and we currently put them up in various hotels around the city,” he said.

“We could house them on campus in short-term accommodation, of which a hotel will be part of that mix.

“It just makes for a more vibrant campus, different accommodation options, and if you want to be an international university we need to attract international people to our campus.

“A hotel would give us a clear point of difference.”

The wider Greater Curtin plan is a 25-year proposition, which, by 2031, will have generated more than 20,000 jobs and contributed $4.5 billion to local and state economies.

The university is expecting 73,000 visitors to the campus daily once the evolution is complete.