CURTIN University of Technology has opened its second overseas campus in nine years, with the launch of its Singapore site last week. 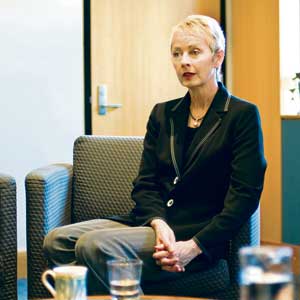 CURTIN University of Technology has opened its second overseas campus in nine years, with the launch of its Singapore site last week.

The Singapore campus, which was funded in part by publicly listed company Navitas, will initially offer Curtin Business School courses, with plans to expand into nursing, health services and humanities in the future.

Under the agreement, Curtin will establish the campus in Singapore, while Navitas will operate and manage the Singapore campus, being responsible for student recruitment, administrative support, library and computer facilities and provide teaching staff.

Curtin vice-chancellor Jeanette Hacket said the university's strong ties and established connections in Singapore were among the reasons it decided to expand into the region.

"The objective is to consolidate our activities in improved physical facilities so that we get the benefit of bringing together all our students onto one site."

While Curtin's existing student base in the region was an important factor, Professor Hacket believes that there are many other benefits to choosing Singapore as its campus site.

"Singapore continues to be a growing supply area. The Singapore government has something called the global school hub policy, which aims to make Singapore the centre of the educational hub in Asia.

"So there's very good demand for students from China in particular, but also from Malaysia, to undertake their studies there."

Curtin has about 16,722 international students across all institutions, the third highest number of all Australian universities. This total includes 8,000 students studying abroad, including 2,500 at its Sarawak campus in Malaysia, with the Singapore campus aimed at providing educational services to those who may not be able to afford to study in Australia.

"What we have seen is that students are going to have constraints financially...and for many students the opportunity to study in a country which is primarily an English speaking country is a priority, so if they can't afford Australia, or Britain or the US, they will choose a nation which has a good quality reputation and speaks English, and Singapore fits that category," Professor Hacket said.

Perth Education City executive director Mike Ryan believes the Singapore campus is a positive step that will benefit the university and the state.

"Good on Curtin and Navitas for getting Western Australia part of the Singapore scene. It's a big investment and a big commitment, and a tremendous effort," Mr Ryan said.

Perth Education City utilises both government and industry support to promote universities, schools and colleges in WA to an international audience.

While eastern states-based James Cook University and The University of Newcastle have a significant presence in the region, it was the collapse of University of New South Wales Singapore in 2007 after just two months in operation that served as a warning to others entering the international market.

"Well, it [UNSW closure] was obviously not good for Australia's reputation, to get started and then to withdrawal so quickly," Professor Hacket said.

"But certainly what it did was clarify our own approach, which was our business not trying to be investing in bricks and mortar, that's not part of the universities objective."

Both Professor Hacket and Mr Ryan believe the campus will have positive spin-off effects in WA, promoting the state through the Curtin brand.