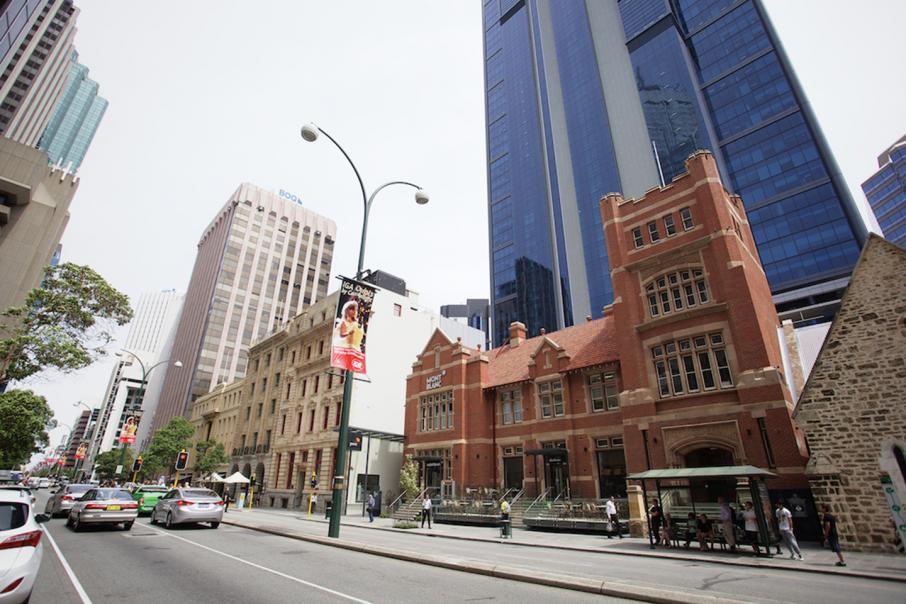 The 465sqm facility will be used for postgraduate courses.

Curtin University has expanded its presence in the Perth CBD, after signing a lease agreement for the top floor of 137 St Georges Terrace.

The 465 square metre facility will be used for postgraduate courses and professional development programs, and is aimed at improving the university’s engagement with city-based businesses and government.

The building will be refurbished to include a reception area, a boardroom and customised learning spaces.

The internal fitout will also be designed to enhance the heritage features of the premises.

Works on the building are expected to commence later this year, with completion expected by mid-2019.

Curtin’s other city premises include the Graduate School of Business at 78 Murray Street and the Curtin University Law School at 58 Murray Street.

Vice-chancellor Deborah Terry said she was delighted the university was increasing its city presence.

“137 St Georges Terrace is positioned in the heart of Perth’s business district and will provide opportunities for us to achieve deeper collaboration and engagement with the business community, and make Curtin more accessible to industry,” she said.

“Curtin will offer a range of programs from each of our four faculties varying in length, aimed at up-skilling, cross-skilling and re-skilling professionals to enable them to adapt and progress in new and changing markets.”

The building also holds historical significance to the university, having previously been named Perth Technical College, which was absorbed into the Western Australian Institute of Technology, Curtin’s predecessor institution.