Curtin University has emerged as a key player in moves by a major European climate change action group to establish a venture in Australia and New Zealand. 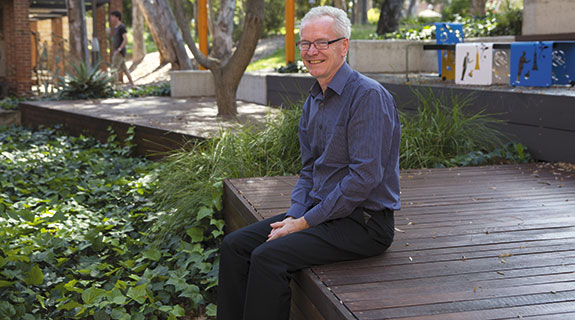 Curtin University has emerged as a key player in moves by a major European climate change action group to establish a venture in Australia and New Zealand.

News of the initiative comes amid revelations the federal government  dropped its offer to spend $4 million on an Australian research centre to be headed by climate change 'contrarian' Bjorn Lomborg.

Most of this came from it's more than 250 partners, with the European Union contibuting a €71 million grant.

This money was spent on a range of collaborative projects sparked by ideas from Climate KIC’s corporate, local government, academic and startup partners.

Its projects were variously aimed at increasing the ability of societies to adapt to climate change; creating low carbon cultures; economies and built environments; improving sustainability in cities; and boosting efficiency and reducing waste.

Ms Ritter told Business News an Australasia Climate KIC would seek to raise a much more modest $3 million to $4 million in its first year within Australia from local companies, universities and government bodies likely to include CSIRO and renewable agency ARENA.

Ms Ritter said the core members dedicated to launching the first version of a Climate KIC outside Europe included Suncorp Insurance, which is the only non-EU based partner of the European Climate KIC, Curtin University, Griffith University, University of Melbourne, members from the federal and South Australian government, and a New Zealand representative.

Professor Morrison, who headed up several Climate KIC projects in his previous role at Sweden’s Chalmers University of Technology, told Business News he was keen to open the new partnership to WA’s four other universities, as well as Perth corporates, local governments and entrepreneurs.

He said the Australasian Climate KIC would have its own governance and funding structure, but would mirror action taken by KICs in Europe.

Since 2010, European groups have developed 64 green tech startups through Climate KIC accelerators and incubators, going on to raise almost €90 million in external funding.

In addition, five flagship programs have been launched, and living laboratories established, such as those that trial construction innovations.

He and Dr Ritter said they had noticed how Australian institutions were often driven by a culture of competition, rather than cooperation, but that Climate KIC’s partnership strategy offered attractive incentives.

He said this included encouragement to existing companies to collaborate on new opportunities that turned industry-wide problems into commercial opportunities.

“One of the flagship Climate KICs in Europe looks at how to turn concentrated carbon dioxide streams into products, to start trying to do something about it and engineer a solution,” Professor Morrison said.

Another appealing incentive to collaborate would be pitched at startups, he said.

“If you imagine you’ve got a great idea for a new type of low energy, low water shower for example; then you can get something from Climate KIC, some seed money, you go into an accelerator. You’ve not only got Australia, you’ve got Europe as well; that’s quite different from trying to do it just in Perth."