Curtin at coalface on Indian emissions

With carbon emissions in India expected to double in the years to 2030, research by a Curtin University team could have a dramatic environmental impact by helping improve the efficiency of the country’s coal-fired generators. 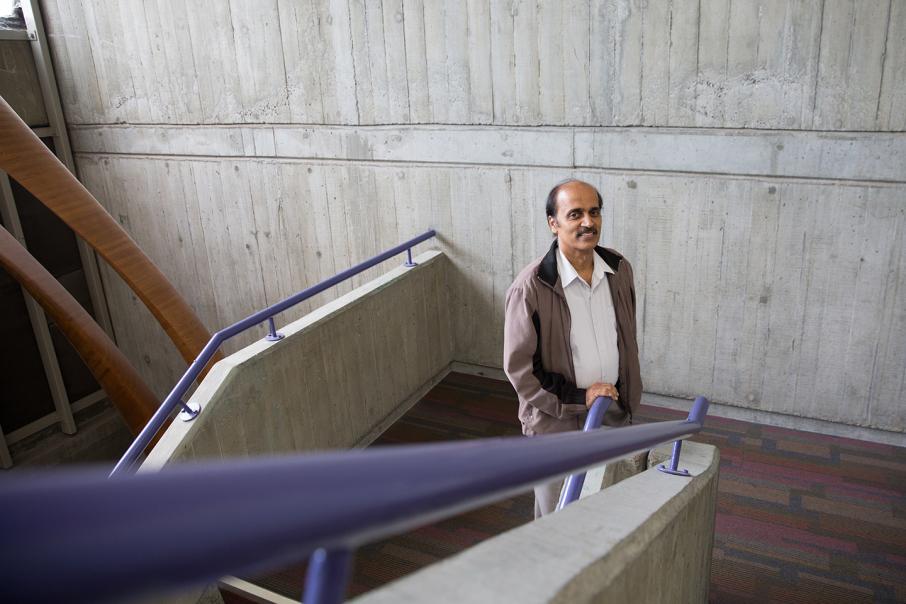 Curtin University researchers have won a $1.1 million grant from a power utility in India to help improve the efficiency of that country’s coal-fired electricity generators.

Hari Vuthaluru and Chun-Zhu Li of the Curtin School of Mines Fuels and Energy Technology Institute will head a two-year program examining the combustion characteristics of Indian coal.

That will enable India’s National Thermal Power Corporation, which is funding the project, to better operate boilers and raise productivity, reducing coal usage and emissions.

Most of India’s coal power plants are classed as subcritical, meaning that less than 35 per cent of the energy they produce will make electricity, with the remainder wasted.

More modern technology can hit efficiencies of nearly 50 per cent.

At least 88 per cent of India’s coal-fired capacity was currently subcritical, he said.

To put that in context, a 2015 report by Australia’s chief economist found India had around 200 gigawatts of coal-fired capacity installed, while it has been reported a further 176GW was under construction or planned.

“There’s so much discussion centred around renewable energy, but coal cannot be replaced so fast,” Associate Professor Vuthaluru said.

“They want to (keep) the existing power stations … (and) improve the efficiency with less coal usage.”

The impact of more efficient coal generation is considered significant, with a move from a subcritical plant to an advanced ultra-supercritical model cutting emissions by around 30 per cent, according to the office of the chief economist.

Associate Professor Vuthaluru said the challenges of introducing better technology were the higher cost and the ability of the systems to function under higher temperatures, although the capital cost was offset by lower coal consumption.

He said his work would help the utilities find the best parameters for the new boilers.

“(This) is a systematic study to gain insights into the mineralogical transformations likely to take place given the high-temperature environment experienced in boilers,” Associate Professor Vuthaluru said.

“There’s so much coal (reserves) in India but not much has been looked at in great detail.

“(We’ll) use the experimental insights into the combustible characteristics of the coal … to have a clear picture of what’s happening with respect to the operational (performance) of these selected coals, which are from different parts of India.”

Associate Professor Vuthaluru played a key role in setting up the Australia-India Joint Research Centre for Coal and Energy Technology, which was established in 2015 in the wake of a visit by Indian Prime Minister Narendra Modi.

The Fuel and Energy Technology Institute is the Australian partner in the venture.

“We’ve got so much coal resource across the globe, which could last for 150 years … it is here to stay for a long period,” Associate Professor Vuthaluru said.

Coal exports to India have been the subject of major debate in Australia, particularly around the planned Adani mine in Queensland.

Organisations such as the Australian Conservation Foundation have argued building the mine will damage the Great Barrier Reef by adding to global carbon emissions, while other concerns had included dredging spoils.

According to the German government-funded Climate Action Tracker website, India will roughly double emissions in the 15 years to 2030 under current policies.

At that point, Indian emissions will be roughly 10 times those of Australia.

India, however, is allowed to increase carbon production because its economy is still developing, meaning Climate Action Tracker gives India’s policies the tick as compatible with limiting global warming to 2 degrees celsius by 2100.

That effectively means India’s big coal expansion, and Australian coal exports to India, would not be incompatible with keeping global warming under control.

Local coal generation has also been the subject of controversy.

A small number of federal coalition politicians signed on for a new grouping, the Monash Forum, to argue for new government-supported coal power.

As an example, utility AGL has plans to shut down about 1GW of coal-fired capacity in New South Wales and replace it with other generation sources.