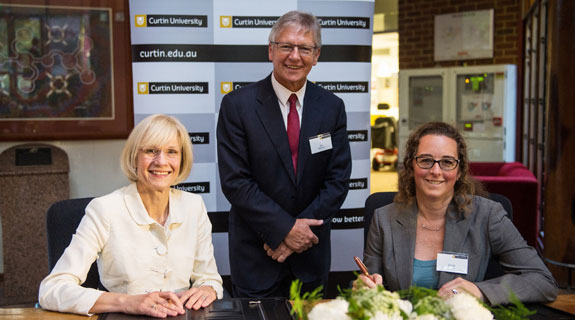 The university has joined edX, which is a consortium of some of the world’s top-ranked universities.

Curtin’s involvement will expand the edX offering to include courses focused on mining, digital marketing and transmedia storytelling.

The first Curtin Massive Open Online Course (MOOC) to be offered through edX, The Business of Mining, developed in collaboration with resources industry and education experts, will be launched in mid-June.

“Curtin is transforming its learning experience to become an international leader in education and research, and becoming a member of the edX consortium opens many opportunities for Curtin to collaborate in teaching and learning with leading international universities,” Professor Terry said.

“The partnership will enhance our campus-based teaching and learning and build a global community of online learners who will be actively engaged with Curtin.”

MOOCs courses have been an emerging alternative to traditional lectures as a university teaching tool since 2012, when edX, among other providers, were established.

The courses differ from traditional lectures in that they distribute learning materials and encourage participation between users via the internet.

The first MOOC was introduced in 2008 at the University of Prince Edward Island in Canada.