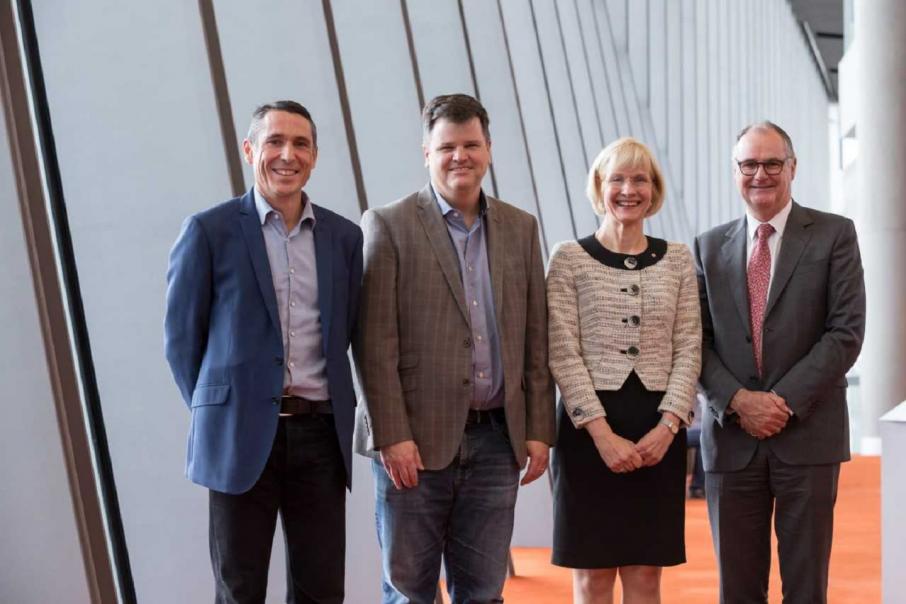 The conference was also the platform for announcing that Cisco and Curtin University will be jointly backing a new research centre focused on advancing networking technology.

The Centre for Intent-Based Networking builds on a three-year relationship, with Curtin already hosting one of Cisco’s 20 global co-innovation centres.

The partners in the existing centre include Woodside and CSIRO’s Data 61 division.

Curtin and Cisco will jointly invest $7 million of cash and in-kind contributions across three years in the new networking centre.

Curtin will also appoint senior academics to drive the research.

Cisco’s contribution will come from its recent commitment to invest $61 million over three years to help drive Australia’s digital transformation.

“It has great technical capability but it also has really in-depth relationships with industry,” Mr Harrell said today.

“We also want to make Curtin successful with its own network transformation and make it something we can show the rest of the universities, that there is a new way to have a positive impact on your students and researchers.”

He said intent-based networks were reinvented by using software.

“This new centre takes us to a much deeper level,” she said.

“Essentially our operations, our research and our teaching will be fully aligned with where Cisco is going.”

“We will be a test bed for the new network, which we have started rolling out,” she told a media briefing.

“We will be a living laboratory for the new network.”

“It will also have a huge impact on our education,” she said.

Professor Terry said the centre would help to deliver the skills that industry needed in future, in Australia and internationally. This would include using the EdEx education platform to deliver short online courses.

Earlier in the conference, during his keynote presentation, Cisco’s Singapore-based vice-president operations, Irving Tan, invited Mr Gregory onto the stage to discuss changes at Woodside.

“We started our digital transformation journey about five years ago and that culminated in our new building,” Mr Gregory said.

Woodside partnered with Cisco to assist it in that effort.

“We met two and a half years ago, because we were out in the world trying to find out what is going to be the best, who has similar values to us and the same view on technology that we would partner with.

“It was that combination of culture first, digital and then finally implementation.”

“I really changed that to an open approach,” he told conference.

“Publish your problems, work with others, openly collaborate, and Cisco was part of that journey.”

Mr Gregory was asked about Woodside’s partnership with US space agency NASA, which has included development of remote robotics.

“NASA looked to us as a place to test their remote capabilities, before they go even further into space and beyond,” Mr Gregory said.

“There are a lot of challenges in getting modern bandwidth we enjoy in cities into an offshore oil and gas facility, or dare I say the Moon or Mars,” Mr Gregory said.

He said Woodside tracked numerous metrics to gauge the impact of technology.

“When you get down to it, though, it’s about the impact on people,” Mr Gregory said.

He gave the example of field staff participating in video conferences with head office staff.

“That was not in the old office,” Mr Gregory told the conference.

“You are seeing collaboration that is genuine, it’s not forced.

“The second point is that it just works. Our goal at Woodside was to make IT just work.”

Mr Gregory gave a recent example from his own experience.

He was unwell at home but was able to participate in a video conference using Cisco’s WebEx technology, which meant a key decision could be made in a timely manner.

“It’s those small things replicated across the entire workforce that has the biggest business impact,” Mr Gregory said.

* The journalist attended Cisco Live as a guest of Cisco.