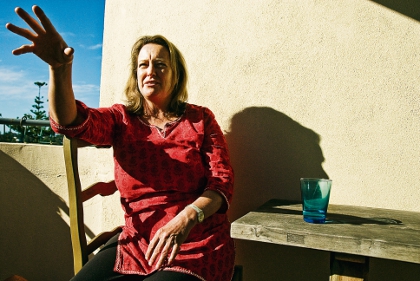 Vanya Cullen says exploration acreage off the coast of Margaret River is incongruous with the region's clean, green tourism-based reputation.

One of the Margaret River region’s most prominent wineries, Cullen Wine, is spearheading local efforts to convince the state government to stop oil and gas exploration off the South West coast.

The winery announced today it had joined forces with more than 100 local businesses to lobby the government to create marine sanctuaries in the South West, in an effort to boost the region’s tourism industry.

Businesses that have joined the cause include childcare centres, tourism operators, builders and other prestigious wineries.

The highly-prospective Margaret River Oil lease, which was first approved for drilling on May 17 last year and is located just 83 kilometres off the coast, has sparked widespread protest in the region.

The federal government is yet to respond to calls to remove the lease.

Cullen Wines proprietor Vanya Cullen said she had signed up for the campaign because having an oil and gas exploration lease off the coast of the South West was “bad for the clean, green, pristine brand that supported local food, wine and tourism”.

“We want the federal government to understand that businesses in the South West depend on a clean and healthy environment that is worth protecting,” she said.

“Oil development off our coasts would be devastating to existing sustainable local industries.

“It’s time these oil leases were abandoned and instead the region declared protected marine sanctuary zones, so our oceans can be kept pristine, now and into the future.”