The hard lesson for players in cryptocurrency markets is that it’s always best to do your own research. 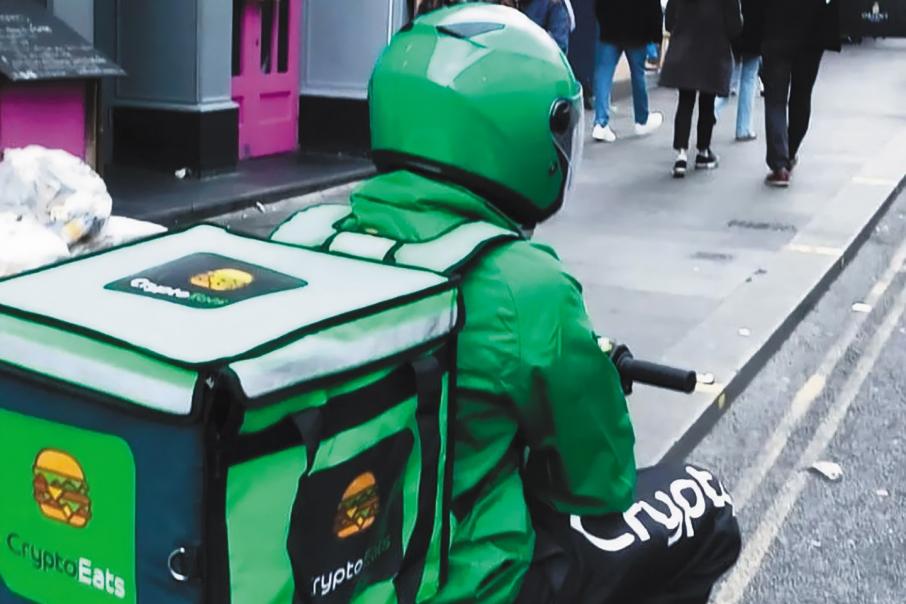 From classic phishing emails to video call hacking, as the popularity of any technology rises, so do the scams.

Cryptocurrency and NFTs (non-fungible tokens) are proving to be just as susceptible, suffering from a recent surge in ‘rug pulls’.

Touted to be the newest rival to Uber Eats and Deliveroo, Crypto Eats is the latest ‘company’ to pump and dump its coin, EATS, at an astonishing speed.

The Crypto Eats creators fabricated a believable enterprise, hyped it up and proceeded to do a runner with £500,000 ($670,000) in a matter of minutes.

Spread via GlobeNewswire to the media, sites like Yahoo Finance spurred headlines saying Crypto Eats was “set to take a large slice of the $16.6 billion app delivery market” with a photoshopped image of the fake CEO that one Youtuber claims he has since seen on Adobe Stock Photos.

Many news sites have subsequently taken down any trace of the articles, but a few remain.

The articles all followed a near-identical story, celebrating the startup’s successful $8 million in Series A funding and its estimated $1 billion market cap.

The non-existent founder, Wade Phillips, was said to have started Crypto Eats out of frustration for not having the ability to use cryptocurrencies in the real world and wanted to propel the move towards a decentralised food delivery industry.

Users who were to pay in the native token were set to receive a 5 per cent discount.

The news companies also spruiked a predicted 20 per cent annual market growth and investors were promised profitability in 2023.

The amazing new product boasted hundreds of restaurants already on board, coffee delivery within five minutes, as well as pension contributions and a guaranteed salary for employees.

It was reported to be hiring drivers at record speeds, running an ultra-efficient piece of technology and had 100,000 customers signed up and waiting to download the app.

On top of dishing out fake numbers, it’s apparently not hard to look authentic.

As mentioned, a stock image of the fake founder had ‘Binance’ photoshopped behind it – a popular cryptocurrency exchange.

Crypto Eats also had a believable website and an active social presence.

To take the credibility up a notch, it set up a phoney agency, London Media, and used this to contact several influencers on Instagram and TikTok, asking them to promote the company and attend an exclusive launch party.

The few real, tangible elements of this scam were some poorly printed merchandise and a launch party, which was really held at a club in London.

TV personality, Joey Essex (from a popular UK reality show, The Only Way is Essex), and DJ Charlie Sloth, who has a million followers on Instagram, were among those involved.

Essex spoke in an Instagram story, explaining how exactly he was hoodwinked by Crypto Eats.

He showed how London Media reached out to him and invited him to the party, which did, in fact, occur.

It had UberEats-styled bikes with the big square delivery box on the back and Crypto Eats branding at the entrance of the club.

People were given branded baseball caps and T-shirts.

Essex, Sloth and other influencers partly tried to evade responsibility by saying they promoted the platform, not the coin.

Like a cartoon, Crypto Eats disappeared in a cloud of smoke.

Trawling through social media posts and forums, you can see the quick progression from excitement, to worry, to despair as investors were robbed.

In the dust is a website that no longer exists, deactivated social channels, bounced emails, a lot of red faces and no traceability of those who ran off with the money.

It is a good learning opportunity for anyone playing in the crypto space to do your own research.

This kind of problem is inherent in cryptocurrency.

You could argue for a more centralised system, without the anonymity, but that goes against the core of what cryptocurrency is all about.