Burswood residents who objected to Crown Resorts’ planned new hotel have failed in their attempt to overturn the state government’s special approval process. 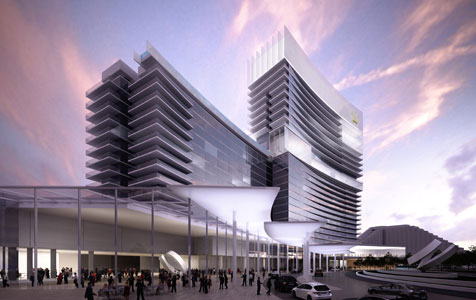 Burswood residents who objected to Crown Resorts’ planned new hotel have failed in their attempt to overturn the state government’s special approval process.

More than 100 residents living in a nearby Mirvac Group apartment building had sued the state government, claiming Gaming Minister Terry Waldron, who solely granted Crown development approval, did not have the power to do so.

The case had hinged on the interpretation of the 1985 Casino Act, which had facilitated the development of the Burswood casino complex.

Crown argued the Casino (Burswood Island) Agreement Act’s provisions, which allowed the state government to grant up to 10 hectares of extra land to the owners of the Burswood casino, allowed for future developments generally.

Lawyer for the residents opposing the development, Doug Solomon, said the Act had only specifically referred to two stages of development, both of which have been completed.

During the trial, Mr Solomon referred to an incident in 1991 when former Labor gaming minister Pam Beggs refused to approve a proposal by the then Burswood Casino owners for a hotel, residential and office development, stating she did not have the power within the Act to do so.

Mr Solomon had argued, by that same token Mr Waldron did not have the power to solely grant Crown development approval, and that the development should go through the state’s ordinary planning processes.

Justice Beech said he accepted the defendant's contention that the decision to develop within the excised land fell under the remit of the minister.

“As a result, all of the land on which the third hotel development is to be built is within the resort lands as defined in the Casino Act. That means that the project is exempt from the metropolitan region scheme and local planning schemes pursuant to s 7(1) and s 7(2) of the Casino Act,” Mr Beech said.

Mr Beech also said the third hotel development fell under the meaning of the Casino Agreement.

Following today’s judgement, Mr Solomon said the decision meant the state had the power to approve any development on the 10ha site, which includes the Crown development.

“What he has held is that the whole of that area, the minister’s got unfettered discretion of approving,” Mr Solomon said.

“Properly construed, this Act means the minister’s got the power to approve anything anywhere in these areas.”

Neil Kidd, a local resident who headed up the objections to the development, hit out at the decision.

“We’ve now got Crown with a one-man band minister making a decision on a $600 million project,” Mr Kidd said.

The nearby residents had argues the Crown hotel would affect their quality of life.

“Crown shoving exhaust fans, cooling towers, back of house and balconies with bars on them in our face of a night time -that’s what we’ve got out of this court decision today,” Mr Kidd said.

Mr Solomon said given the amount of defendants in the case he could not comment at this stage as to whether they would appeal the decision.

Crown revealed last month that costs for its proposed six-star hotel development, which includes a convention centre and gaming facilities, had blown out to $645 million from $568 million.

Brookfield Multiplex has been awarded the construction tender and the hotel is due to open in late 2016.