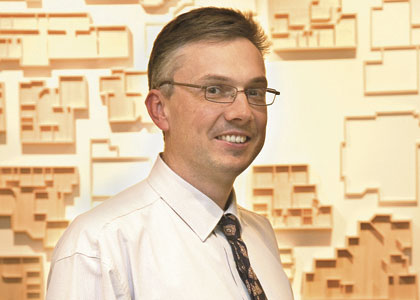 WHAT do US President Barack Obama, ScreenWest and the West Australian Youth Theatre Company have in common?

The answer is ‘crowdfunding’, a fundraising model that has recently surfaced in Australia, and what then senator Obama used for his presidential fundraising campaign to build a financial and voter support base.

Crowdfunding is when an organisation launches a fundraising target, typically around $10,000, linked to a specific project and aims to builds a large supporter base which will back the project by making small individual donations, typically between $25 and $50.

An online crowdfunding platform – most commonly Pozible, in Australia – is used to channel supporters’ pledges and a deadline is set for the organisation to reach its funding target, typically up to 90 days.

The organisation running the campaign then uses social media such as Twitter and Facebook to inform its ‘fan base’ about the project and drum up support to direct donors to the crowdfunding platform.

Reward structures are also put in place so donors are given an added incentive to support the cause.

If the funding target is not reached within the set time frame, pledges aren’t acted on and the organisation does not receive the funding.

Two of the three crowdfunding campaigns undertaken by the West Australian Youth Theatre Company have each raised $2,000 for the organisation.

WAYTCo general manager Adam Bennett said the short time frame and deadline for crowdfunding gave supporters extra motivation to donate, and that the model was a good fit for the youth theatre company, given the integral role of social media.

“It is a really interesting online platform for raising money, especially for creative not-for-profit enterprises,” he said.

“We have quite a lot of goodwill from the community and our main members are between the ages of 13 and 25. They don’t have a lot of money but they do have friends and family willing to support them.”

Mr Bennett said the company had quickly learned the best way to keep people interested in a crowdfunding campaign was to release donor rewards at regular intervals throughout the 90-day campaign, rather than at the beginning in one hit.

Artsupport Australia, an arm of the Australia Council for the Arts focused on philanthropy, recently toured a crowdfunding road show around Australia to inform organisations about best-practice crowdfunding.

Artsupport Australia’s New South Wales manager, Caroline Vu, ran the road show and said crowd funding was growing in popularity in Australia, but that the model would gain more momentum if donations were tax deductible.

She said individual artists and groups unable to access funding through traditional means were most likely to utilise crowdfunding.

Ms Vu added that it was important for organisations to perform a cost-benefit analysis on the crowdfunding model; it was not free, she said, and took a lot of work to develop the kind of momentum around a project required to succeed.

She pointed to a recent initiative by Screenwest as the most exciting development in crowdfunding in Australia.

Screenwest launched its ‘3 to 1’ crowdfunding matching project in July; it will offer three dollars in funding for every one dollar in crowdfunding raised by creative teams and filmmakers.

The funding will be made available to projects with budgets between $20,000 and $200,000, and Screenwest will provide matching funding between $15,000 and $150,000 for projects that get across the crowdfunding line first.

Screenwest chief executive Ian Booth said the model would build the entrepreneurial nature in filmmakers and an audience for the film.

“With the fragmentation of audiences and changes in the distribution landscape it is important for ScreenWest to continue to push boundaries and be progressive in our approach to supporting makers of creative content,” he said.

Ms Yu said it was one of the most exciting things to happen in Australia to do with crowd funding.

“There are models we know of with matching funding for crowdfunding, but this is the first one we know of in Australia,” she said.