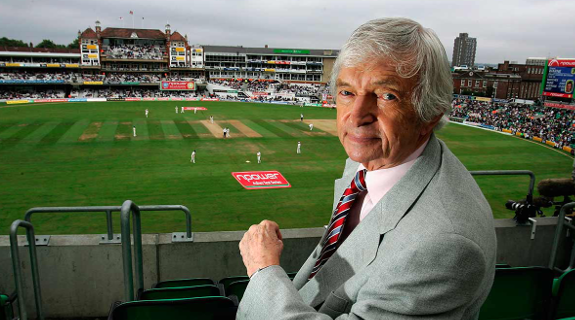 Tributes are flowing in for former test captain and Australia's most revered cricket commentator, Richie Benaud, who passed away overnight in a Sydney hospice.

Cricket Australian chairman Wally Edwards said other than Don Bradman, no cricketer had made a bigger impact on the game than Mr Benaud.

Along with being known as the voice of cricket, Mr Benaud was an extremely accomplished cricketer, having been captain of the Australian side from 1958 until 1964.

Over his storied test cricket career which lasted 63 matches, Mr Benaud collected 242 wickets as a leg-spin bowler, as well as 2,201 runs.

Australia never lost a test series with Mr Benaud in charge, a record largely due to his aggressive, thoughtful leadership.

“Richie stood at the top of the game throughout his rich life, first as a record-breaking leg-spinner and captain, and then as cricket’s most famous broadcaster who became the iconic voice of our summer,” Mr Edwards said.

“His crisp style, dry humour, understated delivery, and array of jackets made him one of the most loved personalities on television as he brought cricket to the lives of millions.”

Mr Edwards said off-camera Mr Benaud was a leader, mentor and positive influencer of an extraordinary number of cricketers.

“Despite his role as the treasured grandfather of the game, he remained deeply in touch with modern developments, embracing Twenty20 when others of older eras shunned it," Mr Edwards said.

“His passing today marks a profound loss to our nation. Australian cricket and the game’s legions of fans extend deepest sympathies to Richie’s wife Daphne, brother John and the entire Benaud family at this sad time.”

The current Australian test side have collectively paid tribute to Mr Benaud on Twitter, with captain Michael Clarke describing him as a great example for sportsmen worldwide and coach Darren Lehman saying Mr Benaud was one of the all-time greats.

Mr Benaud retired from full-time commentary during the 2013-14 summer, during which he revealed he was being treated for melanomas on his forehead, scalp and neck.

Sadly for the cricket world and its generations of dedicated 'Richie' fans, Mr Benaud lost his battle with skin cancer overnight.