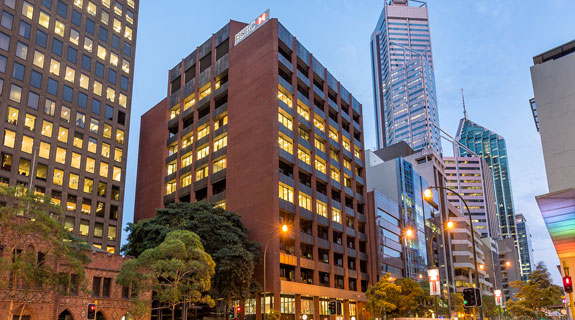 The sale of 190 St Georges Terrace is the first major office transaction of 2016.

The 12-storey tower, which counts HSBC as one of its major tenants and is 95 per cent leased, was bought by Credit Suisse Real Estate Investment Management, from local investment syndicate Terrace Properties.

Properties on the market include the Insurance Commission of Western Australia’s three office towers, Westralia Plaza, Westralia Square and the Forrest Centre, but the biggest opportunity is a potential sale of a half stake in Brookfield Place.

Brookfield Property Partners announced late last year a $US1 billion global asset sell-off, with various reports suggesting a deal was close to being finalised for a 50 per cent share of Brookfield Place.

According to a recent Perth office market report released by commercial agency Savills, there were $244 million in office sales worth more than $1 million in calendar 2015, well down on the five-year average of $744 million.

In all, eight properties were sold in 2015, with market yields as of December ranging between 7.25 per cent and 8.75 per cent for A-grade buildings.