Could house prices rise by another 10 per cent this year? Surprisingly the answer is ‘perhaps’, and that’s not coming from a real estate agent trying to make a quick sale. 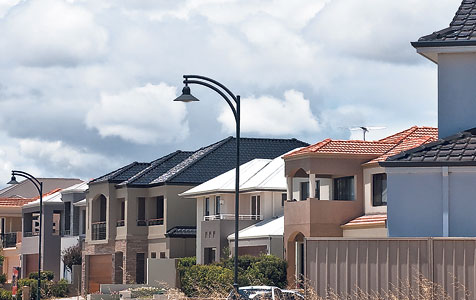 Could house prices rise by another 10 per cent this year? Surprisingly the answer is ‘perhaps’, and that’s not coming from a real estate agent trying to make a quick sale.

The suggestion comes from one of the world’s better investment banks, Credit Suisse, along with three other propositions that are from a box marked ‘counter intuitive’.

Along with the case for another bumper year for property, which comes complete with a few hurdles to clear, there is speculation about the Australian dollar going up, not down, rapid expansion of the corporate debt market, and a move by local companies to return more capital than they raise from investors.

All four of the theories are in a Credit Suisse paper titled ‘wild ideas’, a name that provides an indication into how extreme they are; but before rejecting them as something dreamt up over the Christmas holidays, a closer look suggests each contains enough credibility to be considered possible, though not probable.

For 2014 to deliver a 10 per cent increase in house prices, Credit Suisse reckons interest rates need to fall further, unemployment must not rise much further, (legal) immigration must remain at a high level, government regulations must not change, and households must be prepared to use more credit when acquiring a property.

Said quickly and each of the hurdles erected by Credit Suisse can be cleared, but given the nature of the property market it should also be pointed out that there would probably be a significant price fall in 2015 if only under the rule of ‘what goes up, must come down’.

Of the other three wild ideas for Australian in 2014, only the currency proposal might have a direct effect on households and small business. And while the popular view is that the dollar will continue to fall, the Credit Suisse argument for a rising dollar cannot be dismissed as completely fanciful

The hurdles for the dollar to go back up to $US1.10, and higher, include the US central bank embarking on another round of aggressive quantitative easing (printing money), the Australian Reserve Bank raising interest rates, and Chinese demand for commodities accelerating.

Returning capital to investors, while not something households consider, could be an issue for investors because it would represent a dramatic change in what has been happening, with Australian companies last year raising more capital ($US40 billion) through share issues and dividend reinvestment plans than any other country, easily outstripping the US, Europe and Japan.

This year, according to Credit Suisse, the trend could reverse with Australian companies entering an equity-retirement phase like that in the US, with capital being returned rather than raised.

The corporate debt suggestion is one purely for professionals and confident savers running self-managed superannuation funds because it represents the dramatic expansion of an investment class that is currently closed to most investors.

“While the development of a corporate bond market will provide investors with more choice on where to allocate capital, we think it will be negative for the equity industry,” Credit Suisse said in a warning that an active debt market would cannibalise the stock market.

As a thought-provoking exercise, the proposals from the bank fall into the category of interesting topics for discussion, which cannot be a bad thing, and form part of a worldwide Credit Suisse project that includes even wilder ideas, such as:

• US economic growth accelerating to between 3.5 per cent and 4 per cent;

• the price of Brent crude oil dropping below $US90 a barrel;

• pharmaceutical stocks rising by 20 per cent; and

Will any of those ideas become reality? Probably not, but as Credit Suisse said: “These are investment ideas that are not core views of our analysts but are still credible and (would) have a disproportionate impact on stocks”.

And it pays to remember … stranger things have happened.