The stark figures on homelessness and affordable housing in WA are in, and NFPs are working with corporates to help tackle the problem. 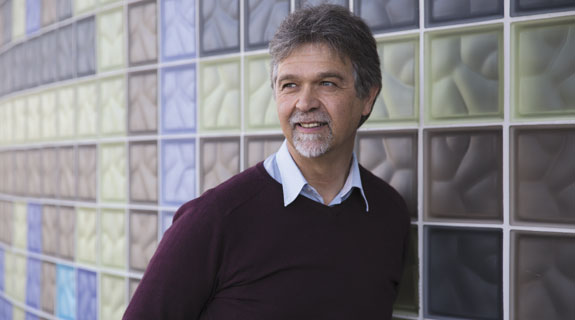 The stark figures on homelessness and affordable housing in WA are in, and NFPs are working with corporates to help tackle the problem.

After a decade of boom times the numerical assessment of the state's homeless is surprisingly bleak.

There are about 10,000 homeless people in Western Australia, about 7,000 people in insecure accommodation such as caravan parks, and thousands more are under housing stress, paying more than a third of their income to secure a place to live.

According to last month’s Anglicare report on housing affordability, only 0.1 per cent of public-listed rental properties in the greater Perth region, equal to eight homes, were considered to be affordable for people on government benefits.

Less than 25 per cent of public-listed properties were considered to be affordable to low income earners.

Outside Perth, those on government benefits are only able to afford 4.3 per cent of public housing properties in the South West and 0.4 per cent in the state’s north-west.

Anglicare WA chief executive Ian Carter told Business News that many people on the public housing list waited in some form of homelessness sometimes for upwards of five years.

“It means you don’t have a house or if you are in a house ... for some of those people we’re actually talking about families where 50 per cent or more of their income is used for housing, which leaves virtually nothing for food and the absolute basics,” Mr Carter said.

“Their capacity to live a life like most normal people in the community has been diminished significantly.”

But the solution was not as simple as building more housing, he said. “If there’s one thing I’ve learned in the past 10 years doing a whole lot of work around this, is you need to look at the totality of the system.

“I sometimes feel that the way forward is to get a whole range of people from (state, federal, business and not for profits), lock them in a room for a fortnight and say: ‘You’re not going to get out until you come up with some coherent solutions focused on delivering affordable housing to the bottom quintile of the population’.”

In July 2011, the state government launched a strategy to deliver 20,000 affordable housing properties by 2020.

More than 18,500 homes have been built, and it’s understood the target, which will be reached soon, is to be replaced by a more ambitious goal.

In total, the Department of Housing manages about 36,600 affordable housing properties across the state, while community housing organisations look after about 6,600 properties.

NFPs in the housing and homelessness sector are concerned with facilitating more homes and increasing support to growing numbers of homeless people who often require mental health, alcohol or drug abuse services, as well as providing assistance to find and prepare clients for employment.

For instance, in WA the Salvos have established Project New Dawn, which has housed and employed 10 people since 2011.

It involves an unnamed corporation underwriting the lease for a house and providing employment at its organisation.

This allows homeless people to move in, along with a volunteer Salvation Army caseworker, and pay for rent and utilities through their new job.

The Salvos are also looking to bring to WA a similar, larger program run in Melbourne with the Collingwood Football Club.

Called Magpie Nest, it involves the club leasing 30 houses for use by the Salvation Army. The Salvos find tenants, who then receive intensive support and assistance finding employment so they can pay their living costs.

Mr Halliday said plans were under way to secure a WA partner to help the Salvos set up 20 houses in WA over the next two years.

“We have the capacity ... we know it works and we certainly have the people who are looking for an opportunity for some stable rent,” he said.

The Foyer Oxford housing project for 98 young people in Leederville – started with funding from BHP Billiton, the state and Lotterywest – is perhaps a better-known example of the corporate sector working with NFPs to deliver housing solutions and complementary support.

The project, which is a partnership between Foundation Housing, Central Institute of Technology and Anglicare WA, has worked to transition people into employment and longer-term affordable housing, Anglicare’s Mr Carter said.

“We’ve just had our first birthday and we’ve had slightly more than 10 exits out of the program,” he said.

“You’re going to be a positive contributing member to the community and you’ll participate in further education and training and/or employment and if you’ve come in with other issues that you’ll attend to those issues as well.”

As part of regular formal surveying of Perth’s homeless community, St Bart’s and a large number of agencies spoke to 168 homeless people over a week in May last year.

The survey found: 50 per cent of those assessed, including some who had been homeless for up to six years, were found to need intensive long-term support; 44 per cent were deemed to need short-term support and were likely to stop being homeless if they were found affordable accommodation; and 6 per cent were assessed as just needing housing.

In addition to daily outreach services where staff and volunteers engage with people living on the streets, Mr Berger said forming relationships and encouraging them to seek or accept services took time.

“People’s readiness to do that varies,” he said.

“Once they do accept services, St Bart’s provides the accommodation and the support that goes with that to ensure they succeed in that accommodation, but it’s a slow, long journey.”