Perth-based explorer Goldphyre Resources has entered into an agreement to purchase a large area of potash-prospective land near Kalgoorlie, which is owned by prominent prospector Mark Creasy. 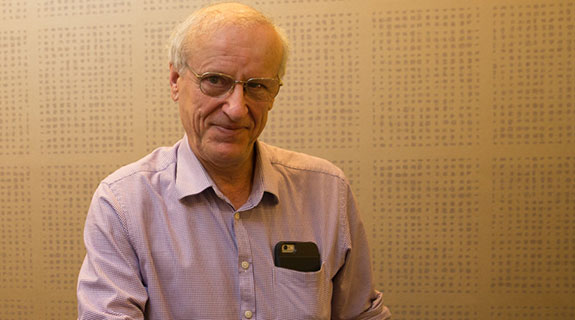 Perth-based explorer Goldphyre Resources has entered into an agreement to purchase a large area of potash-prospective land near Kalgoorlie, which is owned by prominent prospector Mark Creasy.

Under the terms of the deal, Goldphyre will acquire all potash rights on a 1,000 square kilometre tenement held by Mr Creasy’s vehicle Yandal Investment, while Mr Creasy will acquire a 19.9 per cent stake in Goldphyre through a proposed capital raising.

The details of the capital raising are yet to be disclosed.

The land lies adjacent to Goldphyre’s Lake Wells potash project, and will triple the size of the company’s exploration tenement holding.

“Upon completion of the deal, Goldphyre will immediately conduct a seismic program on the land with a view to incorporating these tenements in a maiden exploration target scheduled for release in February,” the company said in a statement.

“Goldphyre will then conduct a drilling program on (it’s already-owned and Yandal’s tenements) as part of its strategy to publish a maiden inferred resource by the middle of next year.”

Goldphyre chairman Matthew Shackleton said the agreement with Yandal had the potential to significantly increase the scale and potential of the Lake Wells project.

“Our project has high-grade potash which has been drill defined with very strong grades at over 135 metres down-hole,” Mr Shackleton said.

“Mark Creasy brings a wealth of knowledge and experience to any minerals endeavour, and the board looks forward to his future involvement in Goldphyre.”

Goldphyre began trading on the ASX in 2011 after completing a $3 million initial public offering at 20 cents per share.