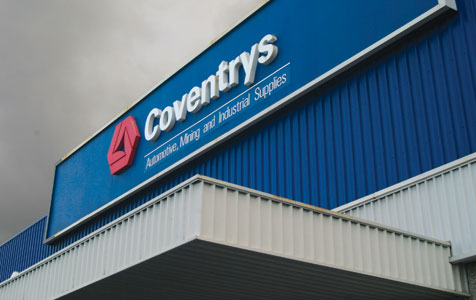 The share price of Perth industrial parts and services provider Coventry Group has risen 14 per cent following the announcement of a $21 million return to shareholders.

Coventry said it would pay a fully franked special dividend of 55 cents per share, through five separate 11-cents-per-share payouts over the next 13 months.

“As a result of initiatives, Coventry has moved from a position where it had $83 million of debt some years ago to having no debt and cash and term deposits which have averaged around $50 million for the last few years,” Coventry said in a statement.

Coventry said while it had been working to restore profitability in some of its underperforming businesses, it had simultaneously been looking for opportunities to “deploy this cash in the shareholders’ interest”, including by acquisition of other businesses.

The company said several small acquisitions had been made but it had not found a substantial acquisition that had suitable risks and rewards.

As a result, Coventry’s broad church of shareholders expressed the view that they value the continuity of dividends rather than a very large one off dividend, which may affect the company’s share price in the long run.