Coventry Village in Morley has joined the list of Perth shopping centres to go solar, with the installation of a new 1.3-megawatt solar power system. 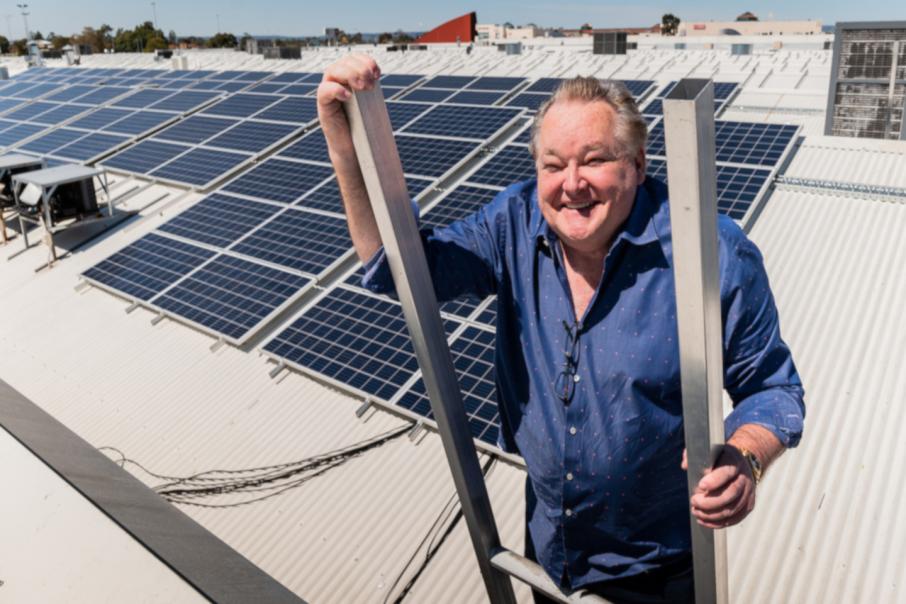 Greg Poland says the solar power system is a significant and worthwhile investment for the company.

Coventry Village in Morley has joined the list of Perth shopping centres to go solar, with the installation of a new 1.3-megawatt solar power system.

Strzelecki Group, which owns the precinct, said work on the project was under way, with the last of the 4,600 solar panels to be installed today and on Monday.

The installation from Synergy is expected to offset around 1,480 tonnes of carbon dioxide emissions per year.

Strzelecki Group said the CO2 offsets were the equivalent to planting 20,000 trees or taking nearly 300 cars off the road each year, and were in line with an action plan on climate change by the City of Bayswater.

Strzelecki Group chairman Greg Poland, who initiated and funded the project at Coventry Village, said it was important for the business to be proactive in reducing its carbon footprint and to find more sustainable ways to operate.

“As specialists in retail, hospitality and tourism, Strzelecki Group strives for innovation and is well placed to showcase initiatives that bring benefits for the environment as well as the wider community,” he said.

Mr Poland told Business News while the cost of the installation was commercial-in-confidence, it was a significant and worthwhile investment for the company.

The switch to solar has been a popular move for shopping precincts in Perth in recent years, with Vicinity Centres last year investing $20 million to install solar power across three of its centres in Western Australia.

Synergy chief executive Jason Waters said the solar installation at Coventry Village would be one of Perth’s largest.

“By investing in solar energy, Coventry Village is given a better opportunity to reduce its energy bills, lower carbon emissions, as well as contribute to a cleaner electricity supply chain," he said.

Coventry Village is home to more than 100 shops including Spud Shed, Chemist Warehouse and Coventry Seafoods.

Work on installing the solar power system is scheduled for completion in December.