A Supreme Court judgement and a stoush with the state government over a new iron ore mine have shone a revealing light on the activities of the Eastern Guruma people and their business interests. 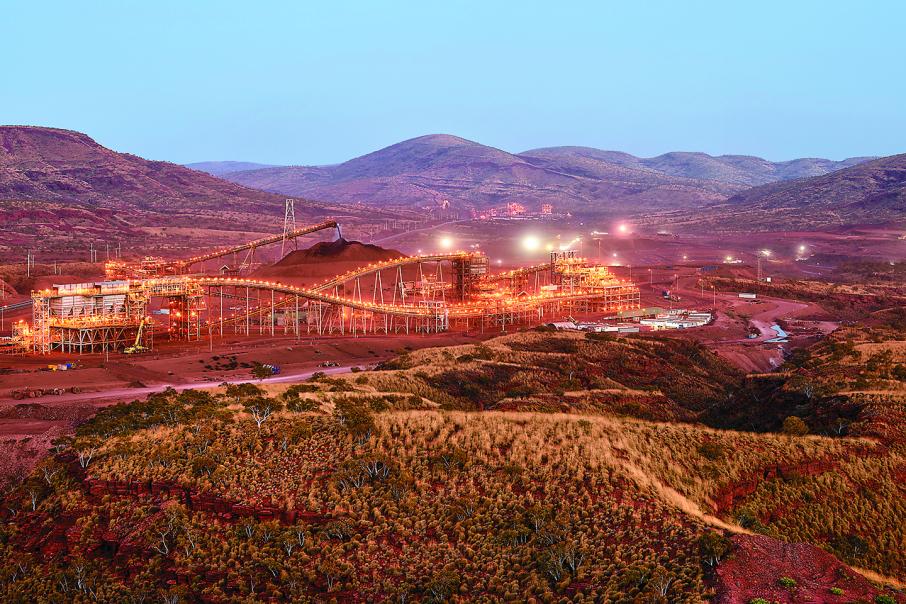 A Supreme Court judgement and a stoush with the state government over a new iron ore mine have shone a revealing light on the activities of the Eastern Guruma people and their business interests.

The Eastern Guruma people comprise just four families, and together they hold native title over some of the most lucrative land in the Pilbara.

In 2005, representatives of the four families – the Stevens, Hicks, Hughes and Smith/Connors families – became the founding shareholders in Eastern Guruma Pty Ltd (EGPL), which has been arguably the most successful Aboriginal contractor in the state’s history.

It has won contracts worth hundreds of millions of dollars, primarily with Rio Tinto and Fortescue Metals Group, and often via joint ventures with the likes of NRW Holdings, McNally Group and JSW Australia.

In 2014, Wintawari Guruma Aboriginal Corporation – the registered ‘body corporate’ holding native title for the Eastern Guruma people – set up its own business arm in competition with EGPL.

That caused a deep rift among community members, with the depth of feeling evident in a Supreme Court ruling handed down last week.

The court found Tom Price resident Wayne Stevens – who had been deputy chairman of Wintawari Guruma, and subsequently campaigned against its move into contracting – had defamed current chairman Glen Camille and former director Kenzie Smith.

Mr Camille won that fight, and he’s now bought into a fight with the state government over its approvals for a railway Fortescue wants to build for its planned $1.5 billion Eliwana mine.

The corporation is alleging the state government, and its Aboriginal Cultural Material Committee, took a flawed approach when they approved works that will affect Aboriginal heritage sites.

“We will allege, amongst other things, that the ministers’ advisory committee failed to afford the Wintawari Guruma Aboriginal Corporation procedural fairness by failing to ensure that it had sufficient information as to the significance and importance of the sites,” Mr Camille said.

“The ACMC recommended that FMG’s application be approved, despite being aware that a report was being prepared to determine the significance of the area.”

He said the corporation was not opposing the planned mining operations at Eliwana, saying it had a pragmatic approach to balancing economic development and the protection of Aboriginal heritage.

“We had simply asked that FMG realign around 2 per cent of the planned railway to avoid an area of unique significance,” Mr Camille said.

“The comments made by Mr Camille are wrong in many respects, including the number of assessed sites he alleges,” Mr Wyatt said in a recent statement.

“These decisions are always difficult. I understand the passions and emotions attached to them and therefore take these matters very seriously, and I am disappointed by the petulance of Mr Camille.”

Mr Camille is not one to take a backwards step, however. Wintawari has responded by publishing half-page newspaper advertisements demanding an apology from the minister.

In contrast to the minister’s response, Fortescue chief executive Elizabeth Gaines has been very diplomatic.

She said Fortescue engaged with a number of Eastern Guruma businesses, including Wintawari Guruma Enterprises.

“It has been awarded a significant amount in contracts over the past three and a half years – an outstanding achievement for any new business,” Ms Gaines told Business News.

In practice, Fortescue is consciously favouring Wintawari Guruma Enterprises, in accord with its policy of preferencing businesses affiliated with holders of native title.

This means new contracts on Eastern Guruma country are offered first to Wintawari.

The miner said the value of contracts awarded to Wintawari Guruma Enterprises since 2014 was double the value awarded to EGPL over the same period, even after adding contract extensions to EGPL.

The new contracts awarded to Wintawari include a joint venture with Morris Corporation to manage Fortescue’s giant Kangi camp at its Solomon hub – a contract originally awarded to EGPL in 2013.

If this trend continues, the winners will be the broad Eastern Guruma community, which indirectly owns the Wintawari business.

The losers will be EGPL and its three shareholders – Tania Stevens (whose brother is Wayne Stevens), Joselyn Hicks and Samantha Connors, who are also directors of the business.

Sue Boyd, who is a member of the Hughes family, sold her stake to the other shareholders in 2016.

Mr Camille is also a member of the Hughes family.

The shareholders face challenging times already after the business was hit by the mining downturn.

EGPL’s directors put the company into voluntary administration in October and since December it has been trading under a deed of company arrangement.

Chief executive Ron Villaflor told Business News the company was fulfilling its obligations under the deed, and that was his primary focus.

Its ongoing work include a five-year, $34 million contract with Rio Tinto for cleaning and maintenance at four mine sites, and $30 million of road maintenance and other works for Fortescue.

In his campaign against the establishment of Wintawari Guruma Enterprises, Mr Stevens had claimed EGPL was representative of the Eastern Guruma people.

In an email sent to directors of the corporation in March 2015, before the narrowing of ownership, he asked rhetorically: “Why is the (corporation) setting up another company to compete with EGPL?

“The EGPL is owned by the four family group members – the Stevens, Hicks, Hughes and Smith/Connors.

“The dividends paid by the EGPL are divided equally to these four family groups, as past history will prove.”

Wintawari director Tony Bevan sees it differently, saying Eastern Guruma members are not provided with any information on the operations, profitability and distributions of the company.

“EGPL does not consider that it has any accountability or responsibility to the Eastern Guruma people,” Mr Bevan said.

“It views itself as a private business.

“On this basis, it is entirely understandable that the broader Eastern Guruma membership would want to establish a commercial arm that would provide benefits for the Eastern Guruma community.

“This was the reason for forming Wintawari Guruma Enterprises back in 2014.”

Justice Paul Tottle found the allegations were defamatory and that Mr Stevens was motivated by malice.