Prime Minister Malcolm Turnbull said he accepts full responsibility for the coalition’s poor showing in Saturday’s election, but is increasingly confident of retaining majority government as nearly 3 million absentee and postal votes are still to be counted. 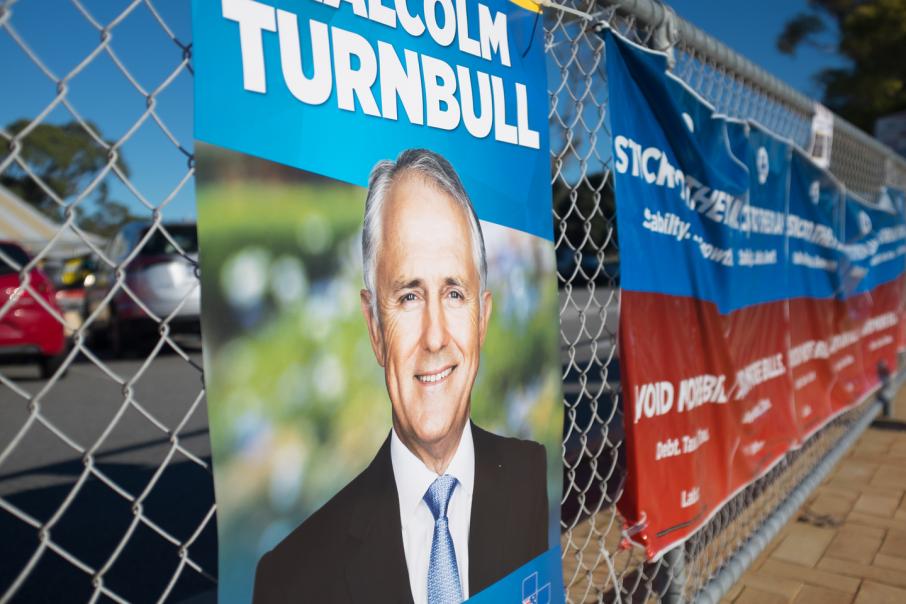 Prime Minister Malcolm Turnbull said he accepts full responsibility for the coalition’s poor showing in Saturday’s election, but is increasingly confident of retaining majority government as nearly 3 million absentee and postal votes are still to be counted.

In his first update since Sunday morning, Mr Turnbull said about 70 per cent of votes had been counted, with 1 million absentee votes (lodged outside of electorates) and 1.5 million postal votes provided.

About 1 million of those postal votes had been recieved, and they have 10 more days to arrive.

"We're advised that we don't expect, or the AEC doesn't expect them all to be returned, but can imagine 300,000 to 400,000 still to come," he said, although he said he would be amazed if it wasn’t resolved within a week.

“We remain confident of securing a majority in the parliament,” Mr Turnbull said.

Roughly ten seats hang in the balance nationally, including the Western Australian marginal of Cowan, which includes the suburbs of Wanneroo and Beechboro.

Labor challenger and former terrorism expert Anne Aly was ahead of incumbent Liberal Luke Simpkins when counting paused on the weekend.

Mr Turnbull said there were lessons to be learnt for the political establishment, including the media, from the election result, particularly for the Coalition on health care.

“I take full responsibility for the campaign,” Mr Turnbull said at a press conference in Sydney.

“The Australian people have voted and we respect the result.

“We put forward a very positive agenda based on my continued belief that the best days are ahead of us as Australians."

When asked who he would blame, he said that was for people who looked backwards.

"Leaders lead you know, others can blame," he said.

"We've had a campaign, we fought hard, we presented a powerful case.

"We weren't as successful as we would have wished. We have found the result disappointing, we accept the verdict of the people.

"I take full responsibility for the campaign, as a leader should and I do."

"Now I want to note that the Labor Party - while we suffered a swing against us, that is undoubtedly right and we recognise that ... but I should also note that Labor has recorded their second lowest primary vote in its history."

He was scathing of Labor’s “mediscare” campaign, although he said the fact what he contended was a lie resonated so strongly sent a clear message that the coalition parties must do more to assure people that there was bipartisan support behind Medicare.

"This was a shocking lie, I'm not going to pretend it's anything else," Mr Turnbull said.

"But the fact that significant numbers of people believed it or at least believed it enough to change their vote, tells us that we have work to do and we are committed to that.

"That is a very clear lesson.

"We have to do more to reaffirm the faith of the Australian people in our commitment to health and to Medicare."

Broadly, it meant it would be his job and the job of the new government to rebuild trust in politics.

"There is no doubt that there is a level of disillusionment with politics, with government and with the major parties, our own included," he said.

"We note that and we respect it.

"Now we need to listen very carefully to the concerns of the Australian people expressed through this election and look at how we are going to address those concerns."