WA is an expensive place to live and work, but there are measure every business can take to ensure their security and prosperity. 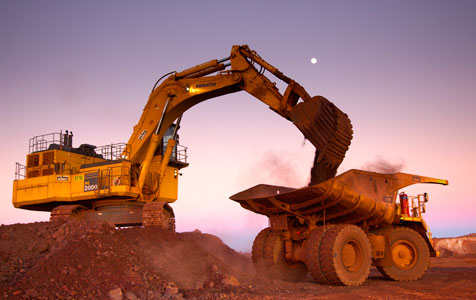 SHORTAGES: Many thousands of people have gone to work on the mines, where they are often paid better wages, creating gaps in other industries.

There's no doubt Western Australia is an expensive place to live – be it house prices, utility bills, or general cost-of-living items such as groceries.

Perth even has the dubious title of being home to the nation’s most expensive coffee.

It’s the same story as far as business is concerned.

From a business perspective, there are a number of reasons why Perth is so expensive. The cost of labour is a major one, with freight and logistics much dearer than any other city in Australia. Obviously WA’s geographical position has long worked against businesses here in this regard, but there are other forces at play.

The real issue is the ripple effect the mining boom has created in Perth. While all the new stadiums, quays and hospitals may look great, it is what you can’t see that is causing the issues. While many businesses have flourished because of the boom, others have found it more and more difficult.

With about 750 people moving to WA every week the opportunity for new, innovative start-ups and creative hubs to diversify our economy is amazing; but we need to be careful not to price them out of the market before they have a chance to have a red hot go.

Many business owners are being forced to look to the eastern seaboard to purchase their materials; even company cars and trucks can be 15 per cent cheaper in other states. This creates a ‘chink in the Perth armour’ in that businesses are not working together and supporting other local businesses, which when successful is always a good sign of a robust business community.

Interestingly, a number of smaller businesses linked to the mining boom have also found it more and more difficult to compete. They have often borrowed to keep up with the boom only to be brought down by long lead times and a lack of skilled labour.

Large numbers of people have decided to leave their jobs to go to the mines where they are often paid better wages, creating gaps in other industries.

The two-speed economy so apparent in Perth is creating huge headaches for those stuck in the slow lane.

While it’s all well and good having a whinge about this, but what are the steps that government can be take to arrest this issue?

Stamp duty. This creates huge inertia as far as economic activity is concerned. For example, in New Zealand there is little or no stamp duty on houses so decisions are made on their merits, not on transaction costs. This encourages labour mobility and a more efficient investment property market. Rather than commuting long distances to and from their job, people can live near where they work if the disincentive to buy (stamp duty) is removed.

Payroll tax. This is another significant barrier to economic activity. Once a business’s payroll gets over about $650,000, it needs to pay an extra 5.5 per cent payroll tax. Its even worse if you have a shareholder that owns more than 50 per cent of the business; in this circumstance, payroll gets treated as a subsidiary, meaning the business will lose the tax-free threshold even thought the business may be managed independently.

So, are there any practices businesses can easily adopt to ensure they stay afloat in one of the world’s most expensive cities?

• Cash flow is king. You can be profitable on paper but die in the ditch because you have mismanaged your cash flow. For small businesses, cash flow projections are even more important than profit and loss statements.
Tip: Build incentives into your pricing to encourage clients to pay early.

• Stay nimble. The market is changing faster than ever before and you need to stay ahead. Regularly question the assumptions behind your business model.
Tip: Minimise your fixed costs, maximise your variable costs. While revenue can vary, costs are a known factor.

• Pay yourself first. You’ve worked hard to build a successful business, yet many business owners underpay themselves or re-invest profits into the business where it is exposed to additional risks.
Tip: Get good advice on the right structures to diversify and protect your growing wealth.

• Embrace technology. Big companies are using cloud technology to improve productivity. This results in a better workplace and more productive use of the work environment, therefore keeping costs down.
Tip: Clients care more about service and price than they do a big fancy office.

• Be your own landlord. If you must own your own premises, check out the special superannuation rules for small business owners.

Tip: Super funds can now borrow to invest in property and other assets.

So while WA business has continually punched above its weight, despite its distance from the rest of Australia, the cost of keeping those businesses successful is rising.

We don’t want to continue to outprice our most important commodity – our people.