Total chief executive Patrick Pouyanne has flagged that the next batch of LNG projects may not be as far off as some think, speaking at the LNG18 conference today. 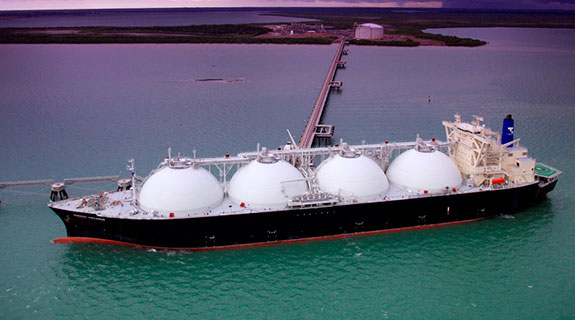 Total chief executive Patrick Pouyanne has told the LNG 18 conference in Perth that the next batch of LNG projects may not be as far off as some in the industry believe.

The French company is involved in a series of Australian projects, including two in Queensland, and holds a 30 per cent stake in the Inpex-controlled Ichthys.

Mr Pouyanne said that a company with a good balance sheet would seek to invest countercyclically because if it was timed right, costs would be low.

“Frankly the best strategy for a mature company like Total is to invest when the price is low, because then costs are low,” he said.

It would still be some time before cost reductions flowed through the supply chain, however.

Many contractors took the view in 2015 that the oil price would come back and were hoping for recovery.

“The more we wait, the more the situation will be difficult,” Mr Pouyanne said.

“All contractors we know still have a workload for 2016.

That was because no new projects were being sanctioned globally.

“This will be the opportunity to rediscuss seriously about new projects,” Mr Pouyanne said.

Historically, he said the industry had had five price collapses in the past 35 years.

When prices had taken off after the last collapse, companies had made windfall profits for the first few years as the market had adjusted.

“Then they shifted to higher costs and higher fiscal terms … today we are in the reverse cycle.”

Total produces 12 million tonnes of LNG annually, with that figure to rise to 20mtpa by the end of the decade.

Mr Pouyanne said demand growth for LNG had been slower than expected, particularly competing against the recent drastic fall in the price of coal.

But like many others in the industry, he said the move to reduce global carbon emmissions underpinned demand for the product in future.

In order to achieve the recent climate change targets at the COP21 conference, the share of gas in energy production would need to rise while coal fell.

A further consideration should be carbon pricing, he said, which would integrate the cost of pollution.

Today at the conference, Total signed a memorandum of understanding with South Korean gas importer Kogas.

That agreement would move Total’s involvement closer to LNG buyers, he said, and would include trading.