The state government has been praised for its commitment to planning reform, but local governments are being urged to get on board. 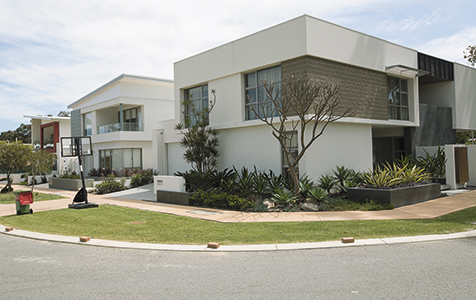 FLEXIBILITY: Government policy is being tweaked to encourage more dense development in areas outside of the CBD, like these new townhouses in Perry Lakes. Photo: Attila Csaszar

The state government has been praised for its commitment to planning reform, but local governments are being urged to get on board.

Planning reform has been a major priority of the Barnett government, with the latest initiative – proposed changes to strata titles – designed to give developers the ability to roll out more apartments and units across the metropolitan area.

Landgate manager of operations, Bruce Roberts, said the reforms, which include the introduction of new strata schemes including community title and leasehold strata, were aimed at providing more cost-effective development opportunities.

“We’re looking for the reform to give us the benefits of creating more housing choice,” Mr Roberts told Business News.

“It’s certainly got the capability to assist with urban infill, but really it’s up to the industry to decide how they are going to use it.”

Early in October, it emerged that metropolitan area developers were comprehensively missing the urban infill target of 47 per cent set by the state government back in 2010 as part of its Directions 2031 planning policy.

Momentum Wealth managing director Damian Collins said the target should not be an overly ambitious goal, but with zonings the way they are across many suburbs, it would be hard to meet.

“Infill has got to be dealt with in more areas than just the city,” Mr Collins said.

“There are suburban areas along transport corridors that need medium to high density in and around these locations – train stations and shopping centres.

“Some councils are good, they’re being proactive, but some are being less helpful and not particularly positive to infill in their area.

“As a city, if we’re going to grow, every council has got to take its fair share.”

Along with strata reform and streamlined planning, Mr Alcock said the establishment of development assessment panels had been an important factor to allow developers to create large-scale projects in a more efficient manner.

“Previously, developments were being stymied at the local government level where there wasn’t the level of professionalism and sophistication to deal with the scale of projects,” he said.

“That has been a very positive initiative of government to change the landscape.”

“The biggest demand is for views, and the best way to get views is to get development along the riverfront and coastal areas, in taller buildings,” Mr Blackburne said.

“Some areas are appropriate for high rise, and there is big demand for them.

“They think they are doing this amazing revolution to help promote apartment living in a more dense environment, but it’s almost comical the level of support in both state and local government.

“We still have to jump through hoops because the planning laws are different in every council.

“State government and local governments have gotten stronger, but they are still a long way off what they need to be if they are going to transform Perth into the city it needs to be.”