Developers and industry lobbyists say there needs to be a clearer direction from government to ensure density is delivered in Perth. 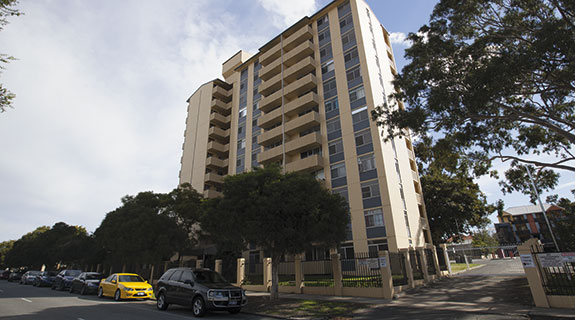 Infill has been a priority of the state government since the 2010 release of planning framework Directions 2031, which has since been superseded by the new guidelines, Perth and Peel @ 3.5 million.

The aspirational target for infill was for 47 per cent of all new development to occur in the existing metropolitan area, but the state government’s own status update on that target, released late last year, showed just two of the 32 local government areas were achieving that goal.

One of the biggest hurdles for developers, according to the panellists at a Master Builders Association event last week, was that local planning schemes were not geared up to facilitate higher-density development outside of the inner city.

Research released at the MBA event by analytics firm Y Research shows that just 24.2 per cent of the total number of apartments in suburban locations, within 15 kilometres of the CBD, have been built since 2000.

In contrast, 51.5 per cent of inner-city apartment supply had been built since the turn of the century.

Those figures, according to Y Research principal Damian Stone, suggested apartment development in the suburbs had slowed to a trickle in recent years, and in some locations, halted completely.

Momentum Wealth managing director Damian Collins, who was on the MBA panel, welcomed the fact that the City of Perth had allowed an increased level of apartment development around the city centre, but said other local councils needed to follow suit.

“Not all people buying apartments want to live in the city, but in a lot of areas there is not a lot of choice, and this is the big issue we’ve got going forward,” Mr Collins said.

“Some councils don’t see the big picture – they’re all looking at their local community level.

“Unfortunately local government amalgamations haven’t happened, so we’re back to fiefdoms and suburbia, and they’re only concerned with their local communities and local residents; they’re not as concerned about the big picture of Perth.

“Directions 2031 has been around for a while, the R-code changes have been around for five years, but a vast majority of councils have done nothing, or just tinkered with their schemes.

Georgiou Developments executive director Jon Smeulders said the establishment of development assessment panels had been a significant improvement in the planning process, but there were still limitations with outdated local council regulations.

“The DAP process doesn’t remove the need to engage with a local authority,” Mr Smeulders told the MBA event.

“At the end of the day, the DAP is determining an outcome based on a local planning scheme and that’s where I think there are some significant weaknesses in many areas; where councils haven’t embraced the density challenge and where they haven’t allowed evolution of a planning scheme that is better at accommodating the needs of an ageing and downsizing population.

“There are pockets of improvement, there’s no doubt, but there are some local government areas where you would very happily tackle a new project, and others where you would say it’s too hard.”

LandCorp metropolitan general manager Luke Willcock said the state government had taken a stronger position on density over the last five years, which had led to local councils identifying the areas where it was possible.

But he did acknowledge that community opposition was also a big impediment for local governments that sought to alter planning schemes to allow for taller residential buildings.

Mr Willcock said a lot of the older apartment buildings had altered residents’ perceptions of what increased density in the suburbs would entail.

“It’s around quality of design,” he said.

“Once all those buildings got built, there was an enormous push-back from the community, from councils, from everyone, to say ‘if that’s what density is, you can’t bring it anywhere near here’.

“I can sympathise with that a bit, some of those buildings aren’t good outcomes.

“But what’s happened recently is the quality of buildings are far better; they’re designed a lot better, they work with the community and the look, particularly the architectural features, are far greater.”

Mr Smeulders agreed that the proliferation of uninspiring brown and red brick apartment towers, largely in the 1970s and 1980s, had contributed to a stigma associated with living in flats.

“There really is a perception in people’s minds that apartment living and unit living is an inferior product, and it’s the domain of the uni student, the couple saving for a deposit or the bachelor living with his cat,” Mr Smeulders said.

“It’s all very well for government to deliver a sermon to encourage density, but as a development community we need to shift the narrative.”

Property Council of Australia WA executive director Joe Lenzo was not at the MBA event, but shared a similar view to the panellists.

Mr Lenzo said Perth and Peel @ 3.5 million was a solid plan, but said it lacked the direction and implementation strategy needed to make a substantial difference for developers.

“Without implementation measures and timeframes in place, Perth and Peel @ 3.5 million presents the industry with a dilemma,” Mr Lenzo told Business News.

“Do developers gear up now for a radical lift of infill development in Perth, or should the industry expect another decade or so of business as usual and delay the big investment in meeting the infill challenge for later?

“Each year we fail to achieve 47 per cent, our required rate of infill gets higher.

“To achieve 47 per cent of all dwellings in Perth being infill by 2050 will require an effective rate over 50 per cent by the next decade and over 60 per cent beyond that.

“Going soft on infill now simply makes it a harder task for the future.”