A Perth based digital healthcare startup, ResApp Diagnostics has signed a heads of agreement to be fully acquired by Adam Sierakowski’s Narhex Life Sciences. 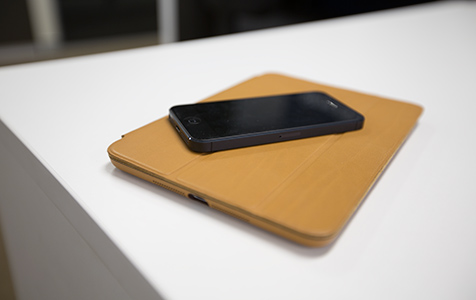 A Perth based digital healthcare startup, ResApp Diagnostics has signed a heads of agreement to be fully acquired by Adam Sierakowski’s Narhex Life Sciences.

ResApp is developing a smartphone app that uses a machine learning algorithm that can diagnose and measure the severity of a respiratory illness simply by listening to a cough.

Trident Capital is managing the capital raising to commercialise the new technology.

Under the terms of the heads of agreement Narhex will undertake a sophisticated placement to raise $750,000 at .005 cents by issuing 150,000,000 shares in two tranches, to be followed by a $2.5 million prospectus capital raising.

Narhex first listed on the ASX as a research and commercial developer of drugs for the treatment of HIV and AIDS before moving into the mining sector.

Earlier this year it entered into a heads of agreement to acquire 75 per cent of West African diamond, gold and bauxite explorer Golden Saint Minerals Guinea SA.

Narhex is in discussions with the ASX to determine whether the ResApp acquisition will have to recomply with chapters 1 and 2 of ASX listing rules.

This may also require a possible additional reconstruction process, which would affect the amount per share the capital raising would be conducted at.

ResApp has established clinical proof of concept through a trial on 91 people carried out at the University of Queensland using funding from the Bill and Melinda Gates Foundation.

That trial resulted in a 96 per cent accuracy rate in diagnosing pneumonia based on the smartphone analysis of coughs and ResApp intends to expand further trials to include bronchitis, chronic obstructive pulmonary disease (including emphysema) and asthma.

ResApp aims to develop its technology within two years and it is understood it will seek federal regulatory approval to demonstrate its clinical viability and set it apart from gimmick apps.

It then intends to pursue commercial sales to app consumers, distribute licences to large telehealth providers for online consultations and collaborate with organisations such as the World Health Organisation to deliver low cost diagnosis tools in the developing world.

ResApp was founded by AusBiotech WA chair Brian Leedman and Adam Sierakowski is involved in the deal as both a director of Trident Capital and Narhex.