The cost of doing business in Australia means the country has become an investment no-go zone for international companies. 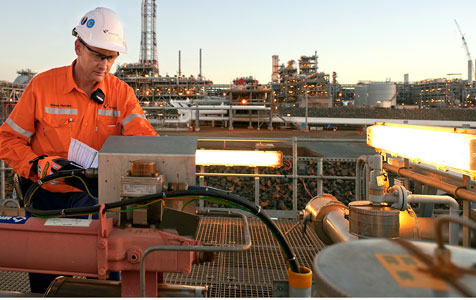 TRADE-OFF: Woodside’s plan to invest $2.5 billion in an Israeli gas project could come at the expense of its Pluto plant. Photo: Woodside Petroleum

Western Australia may not be directly affected by the collapse of the Australian car manufacturing industry, but it is being hurt by the same economic force of excessively high domestic costs, which is why major local employers are hunting for overseas opportunities rather than expanding here.

Woodside Petroleum’s decision to invest $2.5 billion in the Leviathan gas project off the coast of Israel is likely to be at the expense of expanding its Pluto project centred on Karratha.

Rio Tinto’s plan to invest up to $10 billion in the Simandou iron ore project in the West African country of Guinea could be at the expense of future expansion of its Pilbara mines.

BHP Billiton’s decision to step up the pace of development at its US oil and gas operations could be in preference to developing the Scarborough gas field in deep-water off Exmouth.

None of the WA events (or non-events, to be more precise) will have the same effect as closing an existing business unit, which is what’s happening at the General Motors, Ford and Toyota factories in the eastern states. But the major influence on Woodside, Rio Tinto and BHP Billiton as they consider where next to invest is the same – costs.

What’s happening is precisely what was forecast during the boom that catapulted the cost of everything in WA to the top of the global league table, whether for our infamously expensive coffee or for sky-high construction costs that helped us overtake Norway as the world’s high-cost heavyweight.

Layered on top of the domestic cost explosion was another factor that particularly aggrieved international business operators – the high exchange rate. And while it has fallen over the past 12 months, it has not fallen far enough to restore WA’s competitive appeal.

Ironically, given that WA does not have a car industry, the dollar’s rapid rise during the resources boom was largely caused by WA, thanks to the flood of capital entering the country to pay for big resources projects.

The resources boom was also a factor in Australian governments (state and federal) believing that they could boost social welfare spending, not oppose excess wage demands, and layer extra costs on industry through new taxes.

The net result is that Australia has become an investment no-go zone for international companies (and tourists) that have a choice of destinations for their capital.

Factory closures by Toyota, GM and Ford are the most obvious examples of what happens when a country prices itself out of the market and lead management to make the perfectly logical business decision of investing where it can generate the highest profits.

• Woodside is going to Israel despite the high risks associated with investing anywhere in the Middle East, a move that is as much a comment on the cost of doing business in WA as it is on the need for the company to diversify;

• Rio Tinto is going to Guinea despite that country having a well-earned reputation for being one of the most corrupt in Africa; and

• BHP Billiton prefers North American oil and gas investment opportunities over those in WA thanks to the ease of doing business in the US, where there is extensive existing infrastructure and costs are a roughly half those in WA.

Identifying the problem is one thing. Fixing it is another and can only be achieved in one of two ways.

Either (a) WA’s costs subside, a process that will take years or, (b) the more adventurous investments by Australian resource companies in foreign countries prove to be costly in other ways.

Woodside finds operating in the Middle East is too risky, with Israel permanently marked as the Arab world’s number one enemy – which is why the Leviathan investment could prove to be as dopey as Rio Tinto’s exploits in Guinea.

Greater cost control is one of the dominant considerations of all resource companies, but there are two more factors that could reshape the way mining and oil companies operate; and both are attributable to the forceful personality of one man – Ivan Glasenberg.

Best known in WA for his role in the infamous collapse of Andrew Forrest’s first big mining project – the ill-fated Murrin Murrin mine of Anaconda Nickel – Mr Glasenberg is today the richest chief executive in the mining world thanks to his personal 8.27 per cent stake in Glencore Xstrata.

Apart from showing how to make money from mining, Mr Glasenberg is also showing how to avoid big cost overruns on new mines by preferring to buy and spruce up old mines (a bit like buying a demonstrator rather than a new car) and how to add value by controlling the trading process, rather than simply being a price taker.

Until now, Glencore Xstrata has been the only big miner with a commodity trading unit; but that’s about to change, with the South Africa-focused Anglo American setting up a trading arm it hopes will boost profits by $US400 million a year from 2016.

Whether a miner can bolt on a trading arm, as opposed to Glencore being a trader, which went mining, remains to be seen.

However if the Anglo American experiment works, others will follow, with BHP Billiton and Rio Tinto joining the game.

Fear of a dramatic crash in the iron ore price are being replaced by optimism that the next price move could be up rather than down, thanks to a stronger-than-expected recovery in global steel demand.

ArcelorMittal, the world’s biggest steelmaker, last week said it expected global steel demand to rise by between 3.5 per cent and 4 per cent this year, roughly double the growth rate of last year.

There is still a worry that iron ore production could outstrip steel demand, but with Europe and the US moving into a strong recovery phase the outlook for iron ore is brighter than it has been for some time.