A tough business environment is bringing an increasing number of corporate malfeasance cases to the fore. 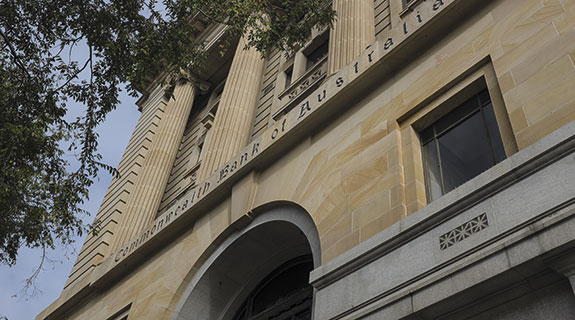 QUESTIONABLE: Commonwealth Bank has come under pressure for some of its practices lately. Photo: Attila Csaszar

A tough business environment is bringing an increasing number of corporate malfeasance cases to the fore.

Getting rich is getting harder.

That may sound like a trivial observation (because getting to the top of anything is never easy), but a lot of things change in business when fewer people are able to achieve their goals – or, more importantly, achieve the goals set for them by management.

The scandal in the buying division of the Target department store, a division of locally headquartered Wesfarmers, is an interesting case study. And while it has been swiftly dealt with, the cause was a clumsy attempt to boost profits.

There might have been some personal gain for the Target staff involved, but it is seems more likely that those guilty of organising a rebate scheme with suppliers were simply trying to achieve the profit objectives set for them; and when those goals became too tough, they cheated.

The same issue appears to lie behind the market-rigging efforts of executives at the personal care and cleaning products company Colgate-Palmolive, which was whacked with an $18 million fine for cartel (anti-competitive) behaviour in the market for laundry detergent.

Right across the business community there are signs that cheating is on the rise, along with a far nastier form of questionable activity – fraud.

Australia’s big banks, which like to see themselves as bastions of honesty, have been exposed as having a culture (in parts of their business) as rotten as that exposed at Target. One example is the sale of inappropriate insurance products, allegations of interest-rate fixing is another, while attempts to avoid insurance payouts to dying customers constitutes a morally reprehensible act.

Whether what’s happening is new or whether there has always been a culture of ‘getting away with it when you can’ is a question yet to be debated. My view is that the seeds of rottenness have always been there and profit pressures in a tougher business climate have helped them germinate.

In the case of stock exchange-listed companies, those pressures are partly the result of senior executives responding to demands from shareholders for bigger profits and fatter dividends – an increasingly difficult achievement in a world of zero interest rates, falling sales, and the threat of business destroying deflation.

Another local business star, Woodside Petroleum, felt the lash of unhappy shareholders when they delivered a first strike over the company’s remuneration policy, with most concern centred on the chief executive’s generous $7.5 million salary being paid at a time of falling profits, shrinking dividends, and a lower share price.

Woodside directors can’t be blamed for the root cause of the company’s problems, which flow from a collapse in the oil price, but shareholders are demanding that management share their pain.

It’s the same overseas, where an even wider gap has developed between executive pay and shareholder returns. The number that speaks most loudly is $US100.5 million, which was the total compensation paid last year to Google chief executive, Sundar Pichai.

Perhaps Mr Pichai is worth every cent of that absolutely astonishing level of pay but his salary package, and the enormous rewards paid to a handful of other senior executives, is feeding the envy of employees on much lower pay scales.

Clearly Australia is not alone in having a problem with the way business rewards itself.

A series of shareholder meetings in London during the past two weeks has voted against executive pay scales, including those proposed by the directors of engineering firm Weir, big oil producer BP, and mining giant Anglo American.

The problem of sky-high levels of executive pay and rotten corporate culture, engendered in part by greed and a desire to get to the top as fast as possible, is not likely to fade soon, because underlying everything is the fact that profits are harder to earn than ever in an increasingly competitive business world.

Unfortunately for business the problems of greed and cheating are becoming political issues, with calls for an inquiry into bank culture one reaction, and extra funding for corporate regulators another.

Perhaps more corporate cops on the beat will stifle the urge to defraud, though past experience shows that tougher regulation simply drives the cheats further underground and encourages greater criminal creativity.

It is also seems likely that government regulators are the wrong people to encourage change, especially in the questionable policy of paying senior managers more, setting unachievable performance goals for junior managers, and paying them less if those targets are not reached.