Cost versus opportunity for FLNG

FEATURE: Floating LNG will provide limited local construction, manufacturing and engineering opportunities, but could propel WA to the world stage. 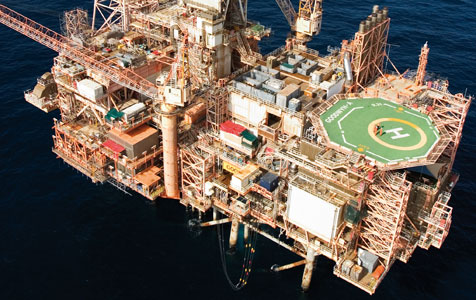 Floating LNG will provide limited local construction, manufacturing and engineering opportunities, but could propel WA to the world stage.

Behind iron ore, petroleum products are Western Australia’s most valuable commodity, with liquefied natural gas the most prized product.

Now WA has a chance to extend its lead in LNG expertise with two existing LNG plants and three new projects being built.

In total, seven LNG projects under construction across Australia are worth more than $190 billion.

This represents two-thirds of the world’s current investment in LNG.

It gives Australia the potential to overtake Qatar as the world’s leading exporter of LNG, but Australia’s oil and gas industry is concerned these could be the last new developments if it can’t compete on price.

Woodside Petroleum has said Australian LNG projects are now among the highest cost developments in the world, while a McKinsey & Company report found building new LNG projects in Australia is between 20 and 30 per cent more expensive than in North America and East Africa.

“Our international competitiveness is under the microscope,” APPEA chairman Rob Cole said.

“And high labour costs and low productivity are an unsustainable mix.”

Consulting firm Accenture is one of many organisations to warn that Australia must reduce costs or face delayed or reduced investment.

Accenture Australia LNG lead Bernadette Cullinane said while many of Australia’s current projects were sanctioned at a time when companies viewed Australia’s location, resources, stable government and proximity to demand centres as a unique competitive advantage, circumstances had changed.

WA has been home to one of the biggest LNG cost blowouts, after Chevron’s Gorgon project ballooned in cost twice, taking it from $US37 billion to $US54 billion.

A new report from analyst Sanford Bernstein & Co has predicted Inpex’s Icthys project could cost as much as $US44.2 billion and take an extra nine months to start production.

Inpex has rejected the report, however, saying it stands by its projection of production starting by the end of 2016 and $US34 billion capital expenditure announced in 2012.

Near Gladstone in Queensland, two of the three LNG plants being constructed on Curtis Island have also had cost overruns, between $2 billion and $4.7 billion.

Strong upward pressure on costs in Australia has also been driven by the rising Australian dollar, and because projects are technically complex and located in remote areas.

This is compared with the US, where major projects are built in industrialised areas with well-established infrastructure and access to services.

As Australian costs grow, many companies have turned their attention to floating LNG, which was originally designed to access small pools of stranded offshore resources. As Woodside’s Browse project has shown, however, the technology can turn an uneconomic LNG project into a viable solution.

WA is being tipped to become a global hub for FLNG projects, with Shell’s Prelude project due to be the first completed FLNG operation in the world, and five more proposed developments off the state’s coast including Woodside’s Browse project.

A parliamentary report on the impact of FLNG on the WA economy found engineering, construction and manufacturing opportunities would become increasingly limited as more work was outsourced.

The report found WA was well positioned to take first-mover advantage of FLNG technology and develop a ‘centre of excellence’, but did not find widespread evidence FLNG would be the only option for new developments in WA.

It rejected Shell’s point in its submission that, “in many cases the choice is to develop a gas field with FLNG technology or not develop at all”, instead finding that sharing infrastructure could be a viable alternative to FLNG technology for some reserves.

GDF Suez announced last week it would consider potential development options other than FLNG for its Bonaparte project, after its pre- front-end engineering and design revealed FLNG did not meet commercial requirements.

The decision follows GDF Suez Bonaparte general manager Jean-Francois Letellier telling the inquiry “FLNG was not a religion” for the company.

Woodside senior vice-president Stephen Rogers said his company’s decision to develop Browse using FLNG technology was “not something that would necessarily apply to every project going forward.”

It is currently negotiating with the state government over how much of the project falls under state waters, which will affect royalties and domestic gas reservation.

Woodside is also continuing negotiations with the East Timor government over using floating technology at its delayed Sunrise project.

The company’s retreat from developing the Leviathan project off Israel and buy-back of most of Shell’s majority stake in the company have provided it with additional development opportunities, although chief executive Peter Coleman said last week it had not narrowed down on any particular development.

ConocoPhillips, which is considering developing a project in the Poseidon field within the Browse Basin, told the inquiry Australia’s high costs when compared globally made it less attractive for future projects developed in the conventional way.

Neither Woodside nor Chevron have committed to expansion plans for the Pluto and Gorgon projects, with Woodside saying it was not in active discussions about building a second train at Pluto.

While largely critical of the potential negative effect of FLNG on the state’s economy, the report also found the technology presented opportunities for new skilled local labour, in particular in the ancillary and service sectors. University of Western Australia professor at the Centre for Offshore Foundation Systems, Susan Gourvenec, said FLNG projects would provide local job opportunities off the back of expertise that had arisen from experience with the North West Shelf Venture.

“Most of the geotechnical design methods employed in developments offshore Australia, and globally where carbonate seabeds are prevalent, have been developed in Western Australia,” Professor Gourvenec said.

She said as projects moved into deeper waters, engineers in WA were working out how to lay big infrastructure on very soft seabed soils that had the “strength of toothpaste”.

“Seabed engineering is a great example of where government and industry identified the need for investment in research, which led to the development of Western Australia as a go-to centre of excellence in seabed engineering,” Professor Gourvenec said.

“There’s no reason why the same template of investment in research cannot be applied to other emerging engineering challenges in the offshore energy sector.”