Christmas appeals have received a mixed response in their calls for donations, however all charities report a significant increase in requests for their services. 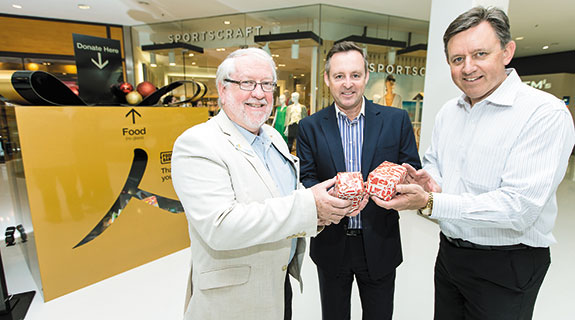 Christmas appeals have received a mixed response in their calls for donations, however all charities report a significant increase in requests for their services.

Charities are increasingly turning to the corporate sector for support in their Christmas campaigns, as individuals appear to be cutting back donations amid an uncertain economic environment.

Two of the state’s major charitable organisations, St Vincent de Paul Society of WA and the Salvation Army WA, told Business News that cash raised from their Christmas appeals are down on the same time last year.

More than halfway through its annual Christmas appeal, St Vincent de Paul is well below its $650,000 target, having generated $280,000 since the start of November.

The society’s WA president, Bob Burns, said donations were down about $50,000 on the same time last year.

“I think there’s a lot of competition out there in the market for the donation dollar,” Mr Burns told Business News.

“People are being cautious; there’s unemployment around and our usual givers are probably assessing whether they’re financially secure themselves before they dive in and give.”

The Salvation Army WA is down on donations for the same time last year in its $1.5 million Christmas appeal, and has received 10 per cent, or $300,000, less in overall donations for the financial year to date compared with the same period in 2013-14.

Salvation Army WA spokesperson Warren Palmer said there had been a consistent fall in revenue for the past two years, while the period before that was one of year-on-year growth.

However, he said regular local corporate contributors such as Karrinyup Shopping Centre and Laval Legal made an important contribution.

Corporate involvement has also bolstered Anglicare WA and Foodbank’s annual Christmas drives, with their partnership with Hawaiian proving successful in its second year.

Hawaiian’s ‘Gold Giving Box’ Campaign called for customers at its shopping centres to donate food and gifts to people in need.

Foodbank WA chief executive Greg Hebble said public demand was increasing each year, and with an 8 per cent increase in distribution, the organisation was doing its best to meet that.

Foodbank experiences a 20 per cent increase in requests for food over the Christmas period compared with the rest of the year.

According to Anglicare WA’s 2014 annual report, donations and fundraising made up almost 8 per cent of the organisations' total income for the year.

Foodbank’s portion of income from sponsorship and donations was 13 per cent for the 2014 year, according to its annual report.

However, as much of these organisations’ Christmas appeals involve food and gifts, their relative fundraising success cannot be measured strictly by monetary donations.

These non-monetary donations have led increasingly to corporates donating their staff members’ time to the Christmas appeals.

Mr Palmer said there had been a spike in the number of calls from businesses enquiring about having their staff members volunteer at a specific program or centre participating in a Christmas-based activity.

Three of the biggest companies doing this are JLL, Real Estate Institute of WA and Westpac, he said.

Corporates are also getting involved in other ways.

BHP Billiton has this year campaigned for Foodbank and foregone its traditional Christmas tree at its Brookfield Place offices, instead commissioning a structure made of cans in the shape of Santa Claus in its place.

The structure was designed and built by Worley Parsons and contains 3,000 cans of food, which will be donated to Foodbank once dismantled after Christmas.

According to Mr Hebble, Foodbank’s increased involvement with corporates this year has been in part due to the organisation’s profile being raised, with up to 90 companies participating in food drives.

“This year we’ve probably had three or four times as many corporate organisations in the city wanting to do food drives for us,” Mr Hebble said.

However not all organisations are reporting a slow response to Christmas appeals. Lifeline WA has already raised $150,000 as part of its inaugural ‘Lights for Lifeline’ campaign, well above its $90,000 target.

Lifeline WA chief executive Fiona Kalaf said the campaign also triggered much larger contributions from companies than the $3,000 donations that it called for, with some joining the organisation as corporate partners. 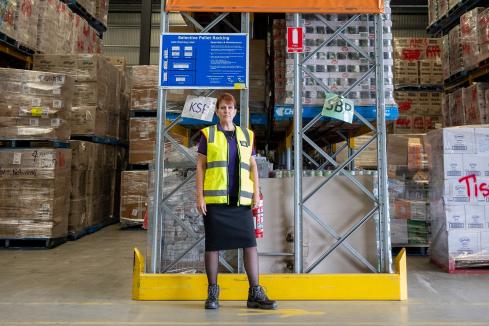