Sacgasco has executed an Agreement with Raven Energy and its Bombora subsidiaries to acquire various working interests in the Alvares, Dempsey and Dempsey Trend Projects in the Sacramento Basin. Sacgasco has received A$79,000 from Bombora to settle JV invoices. As consideration for Bombora’s working interests, Sacgasco will issue to Raven 2 million Sacgasco shares which will be voluntarily escrowed for 12 months from their date of issue.

Tanzanian-focused flake graphite development company Volt Resources Limited is pleased to advise that it has secured a short-term loan facility with a further 6- month extension option providing Volt with $1.3 million.

Amani Gold refers to the previously announced Placement and Convertible Note Offer of 9 August 2018. Under the Offer the Company issued convertible notes with a face value of $0.953M. The Notes had a 12-month maturity from the date of issue and provided that the Company could elect to repay all or part of the outstanding Notes at any time prior to the Maturity Date. The Company could elect to convert any of the Notes into new shares at $0.015 per share. The Company advises that it has provided notice to the holder of the Notes for conversion of the full amount outstanding under the Notes into new shares. Accordingly, the Company has issued 63,533,333 New Shares at a price of $0.015 per share in full satisfaction of the Notes.

Elixir Petroleum advises that its non-renounceable pro rata offer of New Options to raise up to $961,908 (before costs) pursuant to the Offer Document dated 14 December 2018, closed at 5.00PM WST on 21 January 2019. The Company received applications under the Offer from eligible shareholders in respect of 17,210,055 New Options. Total funds received (before costs) from accepted applications was $171,975. The remaining New Options under the Shortfall Offer, being 76,252,482 shares not taken up by eligible shareholders, will revert to Directors of Elixir to allocate to other professional and sophisticated investors which, if subscribed for and allocated in full, will raise a further $762,524 (before costs).

Golden State Mining is pleased to announce that it has completed the Asset Sale Agreement to acquire a 100% interest in the tenements held by Lefroy Exploration in the Murchison region of Western Australia as announced on 20 December 2018. As consideration for the purchase GSM has paid LEX: • $25,000 cash consideration; • 1,700,000 ordinary fully paid GSM shares (12 month voluntary escrow); and • 800,000 options in GSM.

Drone Safety Systems company, ParaZero advises that: •Its Entitlement Offer closed on Monday, 21 January 2019, raising $46,240.90 from Eligible Shareholders •With the partial underwriting of $800,000, a total of $846,240.90 has been raised before costs •Parazero has the capacity to raise $2,081,454.40 under the Shortfall Offer, which remains open for up to three months following the Closing Date

Viking Mines advises that, further to the announcements made to the market on 3 October 2018 and 2 January 2019 regarding the sale of the Company’s Mongolian assets to Altain Nuurs LLC, the Company has today received correspondence from Altai’s agent that they are unlikely to proceed with the transaction. 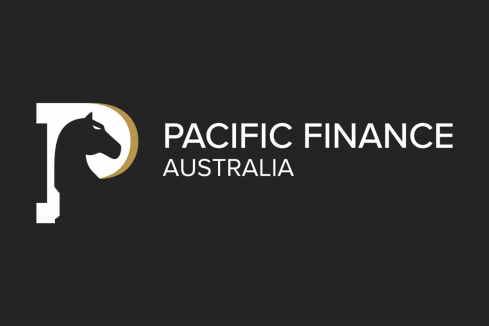