Threat Protect Australia is pleased to announce that it has recently completed a capital raising of $1.0m through a placement of 4,761,905 fully paid ordinary shares in the Company at an issue price of $0.21 each. The Placement Shares will be issued to First Samuel under the Company’s placement capacity.

Titan Minerals is pleased to announce that it has executed a binding agreement pursuant to which it has been granted an exclusive option to acquire up to an 85% interest in the Las Antas Gold Project in southern Peru. Under the Earn-In Agreement, Titan can earn-in to 60% of the Project by funding US$2m in exploration activity within a 2-year period. The Earn-In Agreement also provides Titan with an opportunity to acquire an additional 25% interest in the Project.

Valor Resources is very pleased to announce the signing of a joint venture Option Agreement with Kennecott Exploration Company, part of the Rio Tinto group, in respect of the Berenguela copper-silver-manganese project in south-eastern Peru, endorsing the potential value of the project. The key terms of the agreement are: • KEX to pay US$700,000 prior to February 2019 to cover the due instalment payable to SSR Mining; • KEX to actively spend US$2 million on exploration expenditure on the Project over the next 12 months. During this time, KEX will be solely responsible for designing and implementing the exploration program. Any assistance required from VAL will be reimbursed at cost plus 10%; • Following the satisfaction of the Initial Expenditure, KEX can exercise an option to form a 50:50 incorporated joint venture with VAL in respect of the Project on payment of an additional US$3 million to VAL. After the formation of the JV, all costs, management, and decision making will be shared pro rata; • Following the JV Option, KEX has a further option to solely fund an additional US$5 million on the Project within three years to earn an additional 25% in the joint venture;

The Agency Group Australia’s is pleased to advise the acquisition of all of the issued shares in high-growth east coast real estate firm Top Level Real Estate Pty Ltd by The Agency’s wholly-owned subsidiary Ausnet Real Estate Services Pty Ltd has now been completed with all conditions precedent to the transaction having been satisfied. The Company has acquired all of the issued shares in Top Level and has also raised the required $8.4 million via the issue of 28 million shares at 30c per share.

Blina Minerals today announced it has subscribed for 2,083,333 shares in Condamine Resources Limited (Condamine) through a share placement at a price of 12 cents per share with a 1.25 for 1 free attaching Option exercisable at $0.25 with a 3-year term. The $250,000 investment by Blina represents a shareholding of approximately 11% in the New Zealand-focused gold explorer, Condamine.

Australian Mines advises that the convertible facility the Company entered into with Bergen Global Opportunity Fund II in September 2018, has been terminated2 by mutual consent.

Following on from Inca Minerals’ ASX announcement 22 August 2018, the Company is pleased to update the market regarding its Earn-in Agreement negotiations with South32 in relation to Inca’s Greater Riqueza Project. As noted in Inca’s 22 August 2018 announcement, Inca and South32 are currently negotiating an EIA under which, inter alia, South32 is to acquire a 60% interest in Riqueza at the end of the first phase of the earn-in acquisition for an amount between US$8 million – US$10 million. At that stage, the exact quantum of the Phase 1 Funding was yet to be agreed as was the exact period of time attaching to Phase 1. Inca can now advise that, subject to agreement on all other terms in the EIA: • South32 will provide Phase 1 Funding of US$9 million; and • The Phase 1 Funding of US$9 million is to be provided over 4 year period on completion of which South32 acquires a 60% interest in Riqueza. Exploration planning, due diligence and detailed negotiations are advanced and ongoing. By mutual consent, the 90-day negotiation period has been extended to 15 March 2019.

Gulf Manganese Corporation is pleased to advise that the first tranche of the recently announced additional investments (refer ASX Announcement 2 January 2019) has now been completed with A$3.6 million received by the Company. The funds received from the investors will be used to fully repay A$2.5 million owed under the PT Jayatama Tekno Sejahtera standby facility with remaining funds used towards construction of the Kupang smelter. As part of the first tranche completion, Eighteen Blue Investments Pty Ltd has converted its existing A$2 million of convertible notes into 133,333,333 shares in Gulf at a conversion price of 1.5 cents per share. The second tranche of the additional investments amounting to A$4.4 million is to be completed subject to Gulf shareholder approval at a general meeting, and GMG having received or being sufficiently advanced towards receiving its manganese Direct Shipping Ore License (“DSO”). A notice of meeting for the second tranche of the additional investments will be sent to shareholders in the near future.

Australian heavy rare earths producer, Northern Minerals announces that it has received Tranche 2 of $500,000 under the convertible note subscription agreement with JHY Investments Pty Ltd detailed in the Company’s announcement on 17 December 2018. The Company has today subsequently issued 500,000 Convertible Notes out of the Company’s existing placement capacity on the terms detailed in that announcement.

Venus Metals Corporation is pleased to advise it has received applications and commitments from professional and sophisticated investors for a private placement of 3,333,333 new ordinary fully paid shares at A$0.15 per share to raise approximately A$500,000, before costs.

As announced on 24 October 2018, Cervantes Corporation engaged in a capital raising of $700,000 by way of a Prospectus. The prospectus closing date had been extended to allow any new investors and current shareholders to participate before the Company engages other methods to fund exploration of the current projects. The Company advises that the Prospectus, as announced 24 October 2018, is now closed. Cervantes received applications for 3,825,00 shares, which entitled the applicant to one free attaching option for every two shares subscribed for, being a total of 1,912,500 free attaching options. Funds raised totalled $38,825.00. All shares and options applied for under the prospectus will be issued by 24 January 2019. Although the funds raised are significantly short of the $700,000, the Company wanted to ensure new investors and current shareholders had an opportunity to invest prior to involving wholesale or sophisticated investors or other funding options.

Aspiring WA gold developer, Middle Island Resources is extremely pleased to confirm its $1.4 million Entitlements Offer, including shortfall applications, to existing shareholders closed well over-subscribed. Some 70% of the register, including all Directors, took up their full entitlement and 50% applied for shortfall. Middle Island Managing Director, Mr Rick Yeates, said the outcome is an outstanding result in the current market as the Offer was not underwritten, and was successful at a time numerous small cap resource company fund raisings are falling short of target. 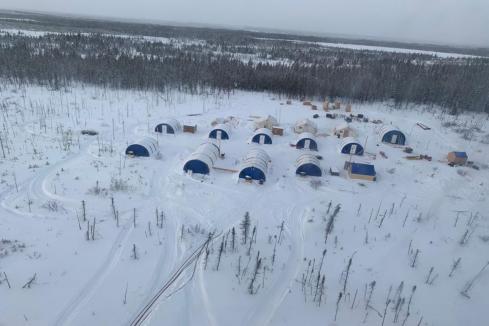 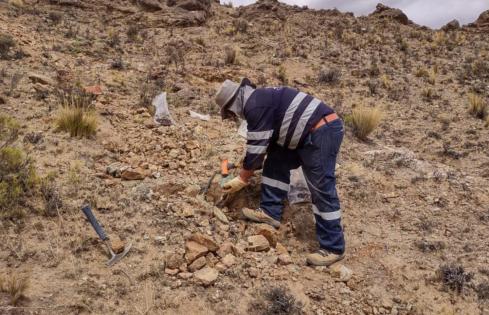