As recently as a fortnight ago, industry leaders and government officials were urging caution as the novel coronavirus swept through China, with representatives from Western Australia’s tourism and education sectors confident the state was prepared to manage any possible fallout. 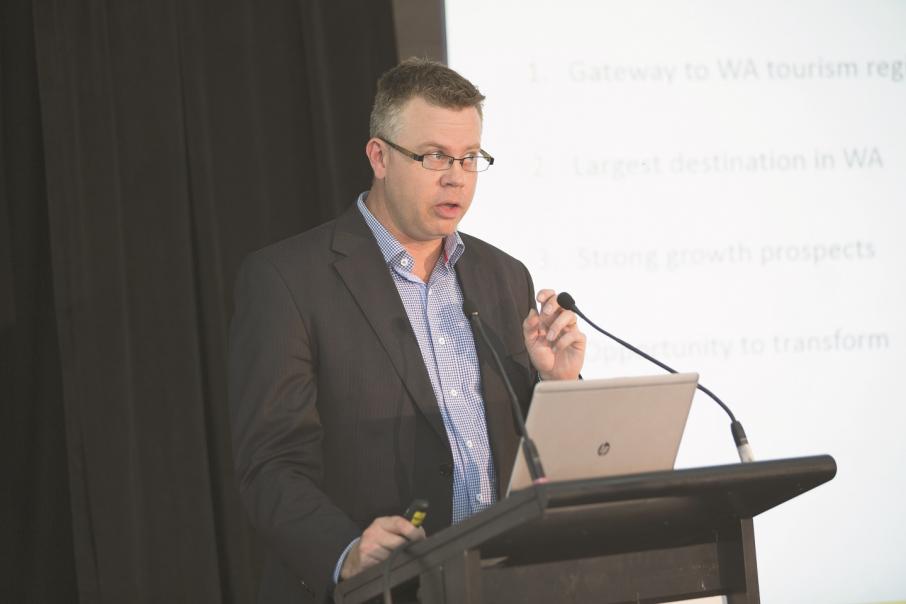 As recently as a fortnight ago, industry leaders and government officials were urging caution as the novel coronavirus swept through China, with representatives from Western Australia’s tourism and education sectors confident the state was prepared to manage any possible fallout.

By February 12, the number of Australians infected with the virus had reached 15 and major airlines Qantas and Virgin Australia had cancelled their routes through China.

And the 1,200-plus deaths recorded globally mid February has surpassed that of the SARS outbreak, which is estimated to have cost the global economy as much as $US40 billion.

Since that outbreak more than a decade-and-a-half ago, China and Australia’s economic relationship has deepened, which means WA businesses are now expecting a much harsher economic hit this time around.

The Chamber of Commerce and Industry of WA highlighted the potential impact of the virus on the economy last week, projecting the state could lose between $250 million and $300 million as a result of the outbreak.

Tim Hunt, head of food and agribusiness research at Rabobank, also raised the issue last week when discussing China’s trade relationship with Australia, noting that while China took just 8 per cent of agricultural exports during the SARS pandemic, that number was now 28 per cent.

“Add to that the stronger links that have been developed between Australia and China in terms of exports, tourism, education and investment [and] we have a very different environment in which we might see the potential impacts of coronavirus this time compared to SARS in 2003,” Mr Hunt said.

While LNG shipments have been resilient, remaining steady at 5.9 million tonnes between December and January according to a report from EnergyQuest, JPMorgan has sounded a note of caution, downgrading Australia’s growth forecasts for the March and June quarters by 0.5 percentage points on the back of an expected decline in Chinese demand for commodities.

Universities, meanwhile, have faced logistical challenges, arranging remote learning, deferments and other communications with around 100,000 Chinese students unable to study in Australia due to travel bans.

“These include offering online learning for those students who remain in China, postponing course start dates, delaying assessments or offering deferrals.”

Elsewhere, WA’s tourism industry has received support from the state government, announcing additional flights to Singapore as well as a total of $10 million in funding for the sector to boost interstate and regional tourism.

That came as Tourism Council WA released survey results showing that 78 per cent of WA’s tourism businesses have been affected by travel restrictions imposed as a result of the coronavirus.

“The tourism industry’s experience with similar challenges, such as SARS and September 11, shows it can take a year or more for visitation to return to previous levels,” chief executive Evan Hall said.

“The travel ban is having a huge economic, social and health impact on tourism businesses and their staff, and should not be continued any longer than necessary.”

Worries about how deep the virus’s impact will be have motivated calls from industry councils to have the federal government invest $76 million in the sector.

Australian Tourism Industry Council executive director Simon Westaway said the virus had already caused damage to the $150 billion industry, with 75 per cent of members surveyed by ATIC having been affected by the virus.

“It is abundantly clear the overall cost of coronavirus to Australian tourism enterprises and tourism reliant communities will exceed the level of financial and operational impact caused by the devastating bushfires,” he said.

Mr Hall told Business News the immediate challenge was the suspension of direct flights to China due to the federal government’s travel ban, calling the matter a crisis for the industry.

“Every time the federal government’s travel ban is not lifted after 14 days, [there] will be a point in time for airlines to assess whether they’ll further suspend bookings,” Mr Hall said.

“Even after a travel ban is lifted, you still have suspended flights because bookings aren’t available; that’s airlines’ decision making and it’s changing constantly, and it can be pushed back further and further.”