Cormann plays to his formidable strengths

Business News offers a glimpse into Mathias Cormann’s career ahead of a Politics & Policy breakfast on August 7. 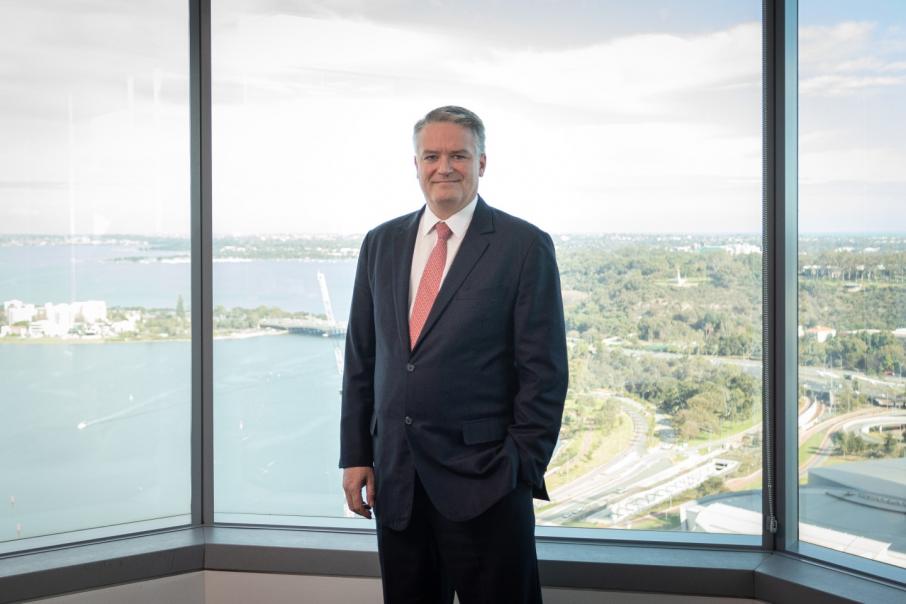 Belgium-born Senator Cormann’s success is particularly notable given he entered politics relatively late, moving to Australia aged 25 and rising through the ranks of the local Liberal Party.

The two men have collaborated successfully for more than two decades.

“The thing that struck me right from the start is his raw honesty.

“In politics, it’s such a valuable commodity.

“I’d trust Mathias with my life.”

He said while some people may have differences of opinion with Senator Cormann, he could never be criticised for failing to speak his mind.

“The public perception is he’s almost robotic; it couldn’t be further from the truth,” he said.

After moving to Perth in 1996, Senator Cormann worked as an adviser to then senator Chris Ellison, and to Rhonda Parker, a Court government minister.

It was while he was campaigning for Ms Parker that Mr Collier first met the future senator.

In the years since, they have been considered de facto leaders of the WA division of the party.

Mr Collier acknowledged he and Senator Cormann were sometimes labelled by critics as powerbrokers, but said the two had always adopted a consultative approach, and worked to build consensus, rather than throwing stones as factional warriors.

The outcome of this had been 15 to 20 years of stability within the state division, Mr Collier said.

That stood in stark contrast with serious factional disputes that had plagued the Liberal Party’s divisions in states such as NSW and Queensland.

Political commentator and Business News columnist Peter Kennedy said Senator Cormann’s extraordinary career could be attributed in part to a strong work ethic, a common theme among those spoken to for this article.

“It’s based on tireless commitment to what he wants to achieve,” Mr Kennedy said.

“He’s ambitious … prepared to work for something that he believes in.”

He added that Senator Cormann’s political success was particularly notable because, after moving from Belgium, he had not had the usual networks built in school and university to bring into the party as supporters.

As finance minister and then as Senate leader, Senator Cormann played a lead role in determining and implementing the federal government’s economic agenda.

The biggest achievements in that period included deficit reduction and income tax reform. Cutting the deficit was a hard-fought process.

As of December 2013, after the coalition came to government, the deficit was projected to be $47 billion in the 2014 financial year.

There were roadblocks, including opposition to proposed spending cuts, and slower-than-expected revenue increases.

A further problem was that high spending growth had been embedded into the budget going forward, including in education and disability services.

The government moved from pursuit of some politically difficult cuts towards a policy of restraining spending growth over the medium term (see graphic).

By December last year, the government was projecting a $5 billion surplus for the 2020 financial year, although that number was later obliterated by COVID-19.

On tax, Senator Cormann secured the Senate passage of a seven-year package to cut income taxes by $144 billion, which made the system much flatter.

In his memoir A Bigger Picture, former prime minister Malcolm Turnbull cites Senator Cormann as possibly his most important and effective minister.

Despite his position as a conservative, Senator Cormann had been key in delivering same sex marriage legislation, Mr Turnbull said.

Mr Turnbull said the two had a close relationship, and had even discussed going into business together. That ended in August 2018, however, during a messy leadership spill.

While Senator Cormann’s role in the insurgency led by Home Affairs Minister Peter Dutton remains in dispute, Mr Turnbull believed the senator’s decision to switch camps during the week, together with two other ministers, had been the death knell for his leadership.

Their falling out appears to be the one that stung Mr Turnbull the most; he labelled Senator Cormann ‘weak and treacherous’.

One long-time WA Liberal Party member (who spoke to Business News on condition of anonymity), praised Senator Cormann’s political skills, despite their past disagreements.

“What he manages to pack into his life is quite remarkable.

“He’s got an incredible memory.”

But the drama around the removal of Mr Turnbull as prime minister was considered a rare misstep.

“It’s like Mathias has got a chess board, he plots his moves many moves in advance,” she said.

“Turnbull out-trumped him by moving too quickly, before Mathias had all the pieces on the board.”

Another member (also unwilling to be named), who was aligned to a different wing of the party from Senator Cormann, said she had not known anyone with greater intellect or determination.

But while he had been competent and capable, he had also been a factional warlord, she said.

“His hands were all over the Turnbull thing ... I absolutely think he was the architect of Malcolm’s undoing,” she said, although noting the success in the 2019 election.

She said Senator Cormann had been exceptional in leadership of the WA division of the party, although it had come at a cost.

She said there had been concerns that candidates were not always selected on merit.

Both had been highly successful Western Australians, Mr Kennedy said.

A big part of the disagreement was about policy, he said, while many within the party were also skeptical of Ms Bishop’s popularity and cult following.