Perth-based oil and gas services company Coretrack has signed a deal to acquire unlisted fraccing technology developer Ecopropp in an all-scrip transaction worth about $17 million. 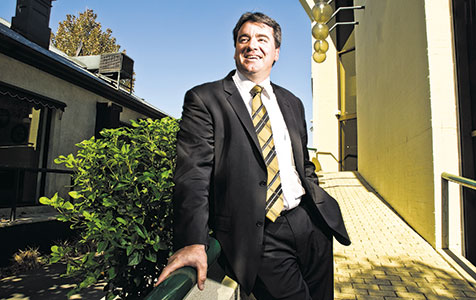 Perth-based oil and gas services company Coretrack has signed a deal to acquire unlisted fraccing technology developer Ecopropp in an all-scrip transaction worth about $17 million.

The company has developed and lodged patents to create proppants largely from the unwanted by-product of coal-fired power stations.

Ecopropp is required to demonstrate its proppant technology can be developed at a large scale without the loss of key properties and to secure third-party investment for the development of a commercial-scale proppant manufacturing facility.

Coretrack chairman Matt Birney said the deal provided the company with exposure to a fast-growing market.

"The major commodity used in any oil and gas fraccing operation is proppants and we feel that the unique proppant developed by Ecopropp has the potential to lead the industry, given its ultra-light weight and ability to withstand the very high pressures in deep wells," he said.

Coretrack will be granted an exclusive option to acquire the Ecopropp stock held by key shareholders, subject to completion of a capital raising and shareholder approvals.

Once these conditions are met, Coretrack must provide Ecopropp with $2.1 million in working capital in monthly instalments through to October 2016.

Coretrack has received commitments for a $3 million capital raising at 1 cent per share, brokered by New South Wales-based Business Custodians, as part of the deal.

Ecopropp will have the right to nominate two new additional directors to the board of Coretrack.

Coretrack shares dived on resuming trade this morning, trading 28.5 per cent lower at 1 cent at 10:07am WST.

The company's stock soared more than 55 per cent higher last Monday, prompting a speeding ticket from the ASX, before Coretrack entered a trading halt later that day.