Coolbellup shaping up on apartments plans 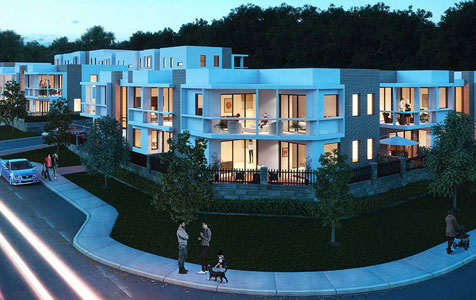 An artist's impression of Apartments at the Playground.

A 45-apartment complex in the south-west suburb of Coolbellup has been launched by LandCorp and Infill Property Group, the latest significant multi-dwelling proposal set to revitalise the area.

Apartments at the Playground is the latest step in the redevelopment of former primary school sites in Coolbellup, which has been facilitated by LandCorp and Lend Lease.

The City of Cockburn officially launched its Coolbellup Revitalisation Strategy earlier this year, to increase housing density in the suburb, while also retaining and improving existing parklands, streetscapes and remnant bushland.

Final approval for the strategy is expected to be provided by the Western Australian Planning Commission early next year.

The Apartments at the Playground project will be located on Juliet Road, in close proximity to the Coolbellup town centre, and be completed by December 2016.

Sales of the apartments, which were designed by architecture firm Meyer Shircore, will be handled by Paragon Property.

LandCorp will also redevelop a one-hectare park adjacent to the complex, which will offer fitness trails, work-out and play equipment, and grassed areas.

Bench seating and tables will be constructed using remnants from the old school site.

Urban Capital Group has sold around 40 per cent of the apartments on offer, with the Coolbellup Hotel set to be demolished to allow for the development.

The hotel closed its doors in January this year.

Both of LandCorp and Lend Lease’s primary school site redevelopments – The Primary and The Playground – sold out quickly when they were released to market.

A third school site, the former Koorilla Primary School, will be up for sale early next year.

The $7.8 million project is located on Waverley Road, in between the two proposed apartment developments.

“Now would be a good time for a buyer or investor to secure their piece of this suburb on the rise,” Mr Zounis said.