Gold miner Doray Minerals is hoping for a market re-rating after announcing a scrip takeover of Mutiny Gold today, but its goal of becoming a two-mine mid-tier producer failed to impress the market. 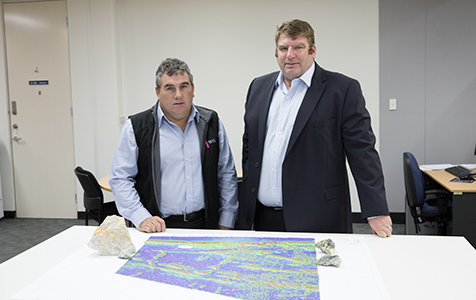 Gold miner Doray Minerals is hoping for a market re-rating after announcing a scrip takeover of Mutiny Gold today, but its goal of becoming a two-mine mid-tier producer failed to impress the market.

Mutiny shareholders are being offered one new Doray share for every 9.5 Mutiny shares currently held.

They will end up owning 33 per cent of the merged company.

The scrip takeover valued Mutiny at 5.4 cents per share, a generous 49 per cent premium to its 30-day average price, and gave the merged company a pro-forma market value of $120 million.

However, Doray shares slumped by 7 cents to 41 cents today, while Mutiny shares fell 1 cent to 3.9 cents.

At today’s closing prices, the two companies have a combined market cap of $94 million.

The takeover offers Doray a longer-term growth opportunity to build upon its existing Andy Well mine, which commenced production in 2013.

Mutiny’s main asset is the Deflector gold project, which is already close to a final investment decision.

Mutiny recently entered a memorandum of understanding with GR Engineering to build the process plant at Deflector and has started discussions with banks on debt funding.

Doray managing director Allan Kelly said he was aiming to get Deflector into production during the 2016 calendar year.

“The combined balance sheet of the merged company should lead to a lowering of funding costs,” he said today.

Assuming Deflector proceeds in a timely manner, the merged company will have annual gold production of about 160,000 ounces in 2016.

To support continued work on Deflector and help Mutiny meet its working capital needs, Doray has agreed to advance a $3 million unsecured loan.

The combined company will be led by Doray chairman Peter Alexander and Mr Kelly.

Mutiny managing director Tony James will move on from the combined company following a handover period.

Mutiny chairman Allan Brown will be invited to join the Doray board.