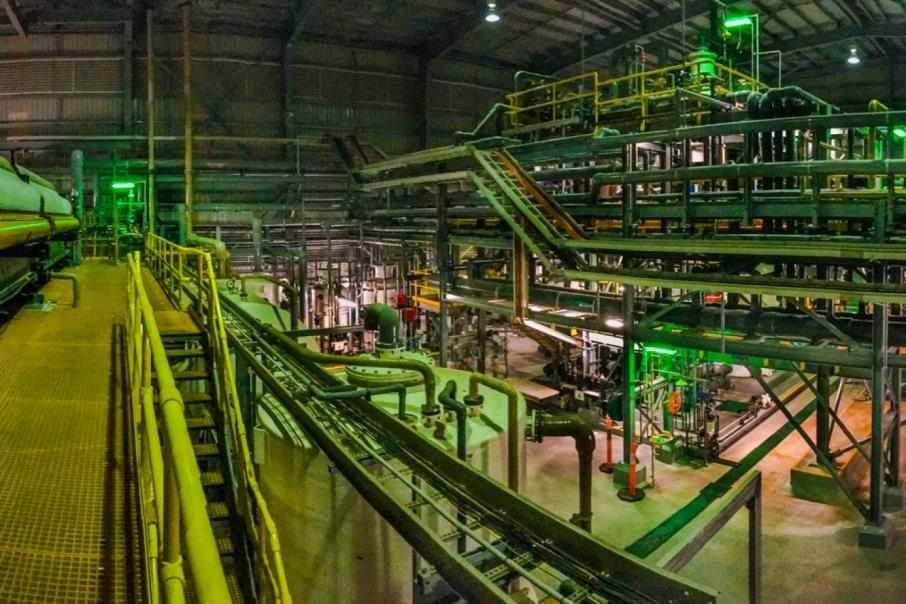 The taskforce is part of the McGowan government’s strategy to bolster downstream processing of so-called critical minerals, which include lithium, nickel, graphite and rare earths.

The strategy has mainly focused on the supply chain for lithium-ion batteries, which are used in electric vehicles, mobile phones, laptops and cameras.

Critical minerals are also used in the manufacture of defence technologies, wind turbines and solar panels, aeroplane engines and alloys.

Coogee has extensive chemical processing operations in Western Australia, including the manufacture of caustic soda and hydrochloric acid, which are essential feedstock in the lithium industry.

The privately-owned company is currently building new tanks at Kwinana to increase its storage capacity for caustic soda.

A government spokesperson said Coogee had been invited to provide advice and expertise on chemical processing.

This would tap into the government’s desire to attract a global manufacturer of cathode active material or precursor material for batteries.

The government has previously committed $13.5 million in support of this goal.

Lisle Group has been invited on to the taskforce to advise on project financing and investment attraction.

Companies that are already investing in processing of lithium and critical minerals have been included in the taskforce.

These include Chinese company Tianqi Lithium, which has built a lithium hydroxide facility at Kwinana, and US company Albemarle Corporation, which is building a similar facility at Kemerton.

Tianqi, which has been trying to sell assets to help cope with its heavy debt load, announced last week it may default on its corporate debt if it was unable to complete a refinancing.

The taskforce does not include Covalent Lithium, which is planning to develop a new mine and build WA’s third lithium hydroxide facility at Kwinana.

Half-owner Wesfarmers has deferred the project pending a review of the lithium market.

BHP Nickel West, which is building a commercial-scale nickel sulphate plant at its Kwinana refinery to supply the battery market, has joined the taskforce.

Mines and Petroleum Minister Bill Johnston said the 19 members of the taskforce would explore global opportunities.

“Developing the future battery and critical minerals industry will create jobs and diversify the economy, which is particularly important to support our state’s recovery post-COVID-19,” he said.

“The updated Future Battery Industry Strategy will cement WA as a premier provider of minerals and materials, and a leader in technological expertise.”

Other members include engineering firms Lycopodium and Primero, along with EcoGraf, Magellan Power, and Australian Vanadium.

The taskforce also includes three industry groups – the Association of Mining and Exploration Companies, the Chamber of Commerce and Industry of WA, and the Chamber of Minerals and Energy of WA – and two unions, the Australian Manufacturing Workers’ Union and the Australian Services Union.

The work of the taskforce will run in parallel with the Future Battery Industries Cooperative Research Centre.

Chief executive Stedman Ellis said the CRC had restored most of the industry funding that was lost or deferred over the past year as a result of the lithium market downturn.

He said federal government announcements, such as its new energy plan and modern manufacturing initiative, provided opportunities for the battery industries sector.

Mr Ellis said the CRC’s board was due to make a final decision next month on full funding for one of its key initiatives.

This was the establishment of a cathode precursor pilot plant, which is being repurposed from BHP’s original nickel sulphate pilot plant at Waterford, near Curtin University.