Contractors told to get real on indigenous jobs

The Wirrpanda Foundation, which is one of nine Western Australian groups pioneering a new indigenous training and employment program in the state, has put contractors who over promise and under deliver on notice. 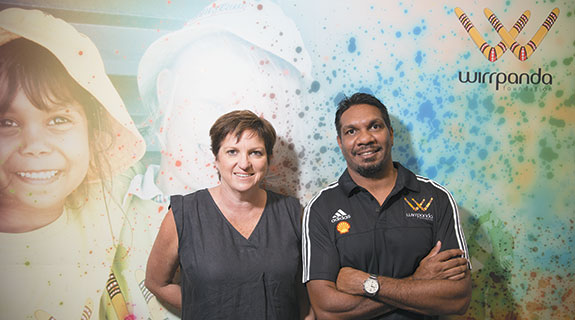 The Wirrpanda Foundation, which is one of nine Western Australian groups pioneering a new indigenous training and employment program in the state, has put contractors who over promise and under deliver on notice.

“We get calls all the time, for letters of support for tenders, which drives me a bit mad, because it doesn’t all translate into jobs,” Foundation chief executive Lisa Cunningham told Business News.

“They look at us, and want to coat-tail off our brand, but give nothing back in return, and that becomes frustrating, so we need to do something about that,” he said.

The Wirrpanda Foundation has contracted with the federal government to find jobs for 230 indigenous Australians in the resources and construction sectors, through its Vocational Education and Training Centre.

The biggest VTEC, run by CCI VTEC, has contracted to deliver 325 jobs, while the newest, announced last week, is Onslow-based Real Futures.

The VTEC model, which the federal government started rolling out last year, is based on Andrew Forrest’s GenerationOne employment scheme.

“Previously it was about training and then finding the job; now it’s find the job and then do training to fit the job.

“It’s a better economic model and also better for the candidates because they have more certainty, rather than just endless training.”

It estimated that more than 20,000 jobs had been delivered.

VTEC contractors such as the Wirrpanda Foundation are facing the downturn in resources sector construction activity as they seek to deliver on their jobs contract.

She said the market was getting more challenging.

“That has really slowed up; we had some companies who told us 30 or 40 jobs and none have come through yet,” Ms Cunningham said.

CCI, which is targeting the retail and health sectors, said it has had a very strong response to its VTEC program. “We are very proud to have already achieved one-third of our goal in just seven months by securing 108 guaranteed job pledges from 15 employers,” Chamber of Commerce and Industry (CCI) chief executive Deidre Willmott said.

Nationally, the federal government has upped its target, from 5,000 indigenous jobs to 5,470, while also extending the deadline by six months to the end of 2015.

The government said 921 jobs had been locked in by the end of January, but that could be the easy part.

Under the VTEC scheme, 70 per cent of jobs need to be filled by people categorised as stream three and stream four job seekers, which typically means the long-term unemployed or those with little education or experience.

“Our approach was always to fill the 30 per cent and get good people into companies so they can mentor the others who need more support,” she said.

“It’s better to get runs on the board so the employers have a good experience as well.”

Mr Wirrpanda said it was important to have realistic expectations.

“We know the reality of where industry is at, at the moment,” he said.

His focus is on building relationships with the business sector, and encouraging a more flexible approach.

“We want to be able to quarantine positions more effectively,” Mr Wirrpanda said.

“A lot of companies are more open to that, but it takes time.”

The Wirrpanda VTEC builds on a range of pre-employment and training programs the foundation has run since it was established during the past decade.

Mr Wirrpanda said the VTEC program attracted strong support from chief executives and directors, but it could break down in middle management, particularly in HR departments, which were very process driven.

“That’s why it’s important to start from the top, to make sure you get that commitment,” he said.

The foundation offers ongoing support to maximise the chances of success.

“There are lots of hard-working old-school people on building sites, that can be very intimidating for a young Aboriginal bloke who comes in and doesn’t know how to fit in,” Mr Wirrpanda said.

“That’s why you need someone, a mentor, to show them how things work, and you need cultural training for the supervisors, for sure.

“If they have any dramas, they can come directly to us, to help them.

“Once we job place, we stay there for two years as a source of help.”