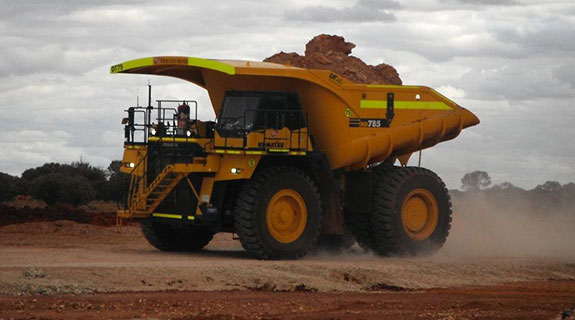 Atlas announced to the market on Friday that it would be halting production at its Abydos, Wodgina and Mt Webber iron ore projects.

Maca said its contract Atlas’ Abydos project for mining and crushing services generated between $4 million and $5 million each month.

“As a result of the contract suspension, Maca advises that its full-year revenue guidance for the 2015 financial year will be about $600 million,” the company said in a statement.

By comparison, in February Maca said it was targeting revenue of $620 million for FY15.

However, despite the loss of work with Atlas, coupled with Arrium’s announcement in January that it would be closing one of its South Australian mines where Maca had been providing mining services, the company maintained its expectation that net profit for FY15 would exceed its $55.4 million FY14 result.

“Maca also advises that it currently carries a credit risk insurance policy with a reputable insurance company as part of its risk management plan,” Maca said.

Meanwhile, Sydney-based logistics business Qube Holdings said it would continue to work with Atlas during the transition period and the company’s decision to suspend operations would not have a material financial impact on its underlying earnings in FY15.

“Qube’s diversification strategy by customer and product continues to mitigate its risks against such developments,” Qube said in a statement.

“No customer, including Atlas, represents more than 5 per cent of Qube’s revenues.”

Qube said it handled about 16 million tonnes of iron ore out of the multi-user facility at Utah Point, with Atlas volumes representing about 64 per cent.

“Atlas has fully met its minimum volume requirements under the take or pay arrangements with Qube,” it said.

Qube was also affected by Arrium’s mine closure announcement.

Transport contractor McAleese Group, which hauls iron ore from Atlas' Pilbara mines to Port Hedland, had its shares suspended from trade today as it works out the financial impact on Atlas' decision to close its Pilbara mines.