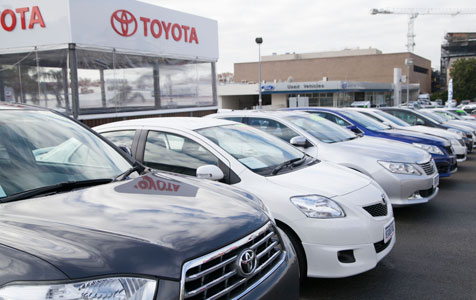 New vehicle sales are on the rise, with new data showing 4.8 per cent more cars were sold in the six months to June 30 than the same six month period last year.

Figures out today showed new vehicle sales in WA were 12,782 in June, taking the state’s total sales for the year to 64,959.

The data, released by the Federal Chamber of Automotive Industries, showed the WA growth figure was marginally ahead of the national figure of 4.7 per cent.

SUV and light commercial vehicles had the biggest growth in the first six months of the year, with both categories experiencing an increase of just above 1800 sales, taking their totals for the year to 19,876 and 14,036 respectively.

Passenger cars experienced a minor drop of 1.8 per cent compared to last year however, translating to 538 fewer vehicles sold for a total of 28,925.

Heavy commercial vehicles also took a hit, with sales dropping 6.1 per cent to 2,122.

Locally manufactured vehicles also suffered losses in WA, with Ford, Holden and Toyota only selling 4,771 Australian made vehicles in the first six months of the year, a 23.3 per cent drop from last year’s figure of 6,210.

Individually Holden suffered the biggest loss of the local manufactures, selling 783 fewer Australian made vehicles in the year to date.

The national figures brought no relief to local manufactures either with Ford, Holden and Toyota all experiencing losses.

Collectively the three have sold 52,602 Australian made cars this year, a 24.5 per cent drop from last year.

In contrast imported car sales have increased both in WA and nationally, by 7.9 and 9 per cent respectively.

Japanese cars took the lion’s share of the market in WA with 20,292 sold this year.

Toyota was the most popular marque in June selling 2,417 new vehicles, accounting for nearly 20 per cent of total sales.

However sales for the year to date are still down from last year by 450 vehicles.

Other marques that sold over a 1000 vehicles in June were Hyundai, Holden, Ford and Mitsubishi.