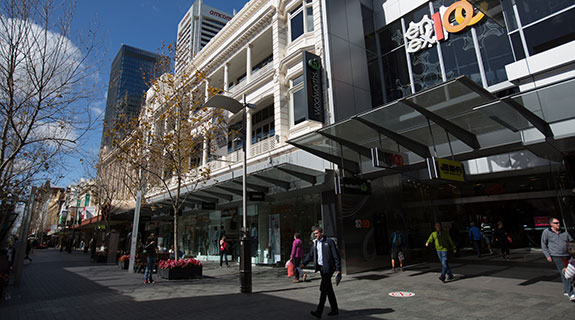 Consumer confidence has continued its strong national performance since the elevation of Malcolm Turnbull to the prime ministership.

The ANZ-Roy Morgan index fell 0.7 points to 115.9, although it was well up on a month ago, with the four-week moving average trending higher.

However, sub-indexes of economic conditions in the next five years and predictions for performance in the next 12 months were weaker, by 2.4 per cent and 3.7 per cent respectively.

Estimates of family finances compared with a year ago were down from +11 points to +10, while estimates for the year ahead were up from +25 to +29.

Consumers were unmoved on whether it was a good time to buy a household item, at +28.

“Households remain confident in the new government as shown in recent news polls.

“The improvement in views about future finances likely reflects last week’s ABS employment data and the fall in the ABS unemployment rate below 6 per cent.

“While momentum in the economy appears solid at the moment, further softening in the housing market could be a challenge for confidence in the months ahead.

“It is too early to ascertain whether (the recent) terrorist attacks in Paris and Beirut have had an impact.”

“Overall confidence remains healthy; consumers are still more upbeat than a year ago and sentiment is above the short-term average,” he said.

“Interestingly, the outlook for family finances over the next year lifted in the past week and is holding just shy of the 20-month highs reached in mid-October.

“The  Reserve Bank of Australia believes that the question on the outlook for family finances is most instructive, and the latest result is still well above average levels.”

CommSec chief economist Craig James said there might be further short-term good news for consumers in the form of lower petrol prices.

“So the indicators all point to cheaper pump prices ahead.”