Booming resources companies are putting Perth on the consultants’ map 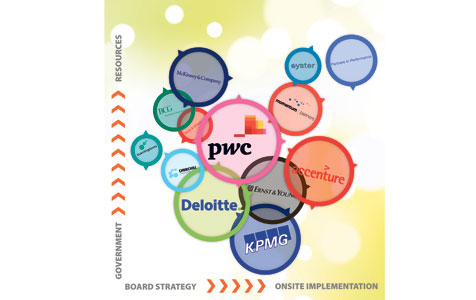 PERTH may not have made it permanently into the league of international business centres but the state’s resources boom, occurring amidst difficult global conditions, is attracting the interest of the most flighty members of the professional sector – globally branded management consultants.

At the upper end of the spectrum, Boston Consulting Group has recently established an office in Perth, the first of the top-tiered firms to attempt a full-time foothold in Western Australia in more than a decade.

Known more for its process-driven consulting to Fortune 500 players, Accenture has beefed up its strategy consulting strength in Perth and is widely communicating its presence.

Even McKinsey & Company, which withdrew a brief toehold from WA in the mid-1990s, is changing its tactics to maximise its opportunities in the resources space. The global management major is understood to have a pilot program under way which will take its consultants directly into the mine sites.

Such a move, which has not been confirmed by McKinsey, would be unusual. In the world of management consulting McKinsey is not usually expected to stray out of the rarefied air of strategy to the dirty end of consulting.

The lack of detail in this example is typical of this industry, which is excessively secretive about its activities, especially its clientele.

Nevertheless, in a struggling global economy, the attraction of the resources sector is pretty clear, especially when groups like Sydney-based Partners in Performance, led by ex-McKinsey executive Skipp Williamson, are doing so well.

PIP steers clear of strategy, providing a fly-in, fly-out workforce to mine sites around the world where it focuses on operational improvement and capital projects.

It has local competitors on the ground such as Momentum Partners and Oyster Consulting, which are both less than a decade old and offer a broader range of services from the mine site right up to the strategy end.

“The perception in the market is this is the biggest part of the market,” Mr Adams said. “There is a bit of crowding going on.

“This is where you can put a team of five or six people in for six months and turn it around, it is very tangible, whereas people are reluctant to spend a couple of million bucks on strategy.

“It is very results-focused.”

Without singling out any particular competitor, Ms Williamson is noticing the move into her turf.

“The strategy firms are starting to discover that mining exists,” she said.

“That presents a problem for them in terms of, if you have run away from mining because your people want to work in cities with nice clean offices, how do you convert a team of 30 to 40 insurance and banking people into mining, assuming they want to be converted?”

Much of this discussion centres around the one-project players, mid-tier miners and the operational end of the mining giants such as Rio Tinto and BHP Billiton. Of course, the latter pair has long employed the majors at a strategy level.

Most recently, it is understood that McKinsey and rival Bain & Company were on opposite sides of the now-abandoned iron ore joint venture between Rio Tinto and BHP.

Fortescue Metals Group is understood to be a big user of management consulting. The talk around town is that FMG has brought in McKinsey to conduct a major cost reduction project, replacing another global brand not regularly seen in Perth.

FMG developments director Peter Meurs is believed to have been influential in this area. He joined the miner earlier this year after a long career with listed engineering giant WorleyParsons, which he co-founded.

The fact that FMG is even mentioned as a big client reveals just how far the Perth consulting market has come since the resources sector first boomed.

The major global consultants usually inhabit the stratosphere of the similarly branded businesses, with the occasional foray into big local projects on a FIFO basis.

Apart from BHP and Rio, there has been little to attract them to WA, until the resources business got big enough, and the rest of the world shrank.

Over the years, Bankwest was a regular user, but with its sale to HBOS and now Commonwealth Bank, and the loss of SGIO as a locally owned brand, the WA financial services has offered limited opportunities, although insurance player RAC is known to use the major consultancies on occasion.

Outside the IT space dominated by the likes of IBM and Fujitsu, government and the quasi-government sector tend to look to the big accounting firms which, in WA, have filled the vacuum left by the major specialists.

IT and outsourcing major Accenture competes in this area, too, though its connection with the accounting world was severed by the collapse of Arthur Andersen seven years ago.

In industry, Wesfarmers brought in BCG to assist with its takeover and integration of Coles, but all that work was undertaken interstate. Even the Wesfarmers board met in Melbourne to be briefed on the strategy.

WA agricultural logistics and marketing giant CBH Group has had BCG in to assist with its strategic direction, notably its structure as it seeks to evolve from a pure farmer-controlled cooperative.

But the rise of FMG as a McKinsey client signals where the market has settled.

There are now dozens of resources companies that fit the frame. Some are lining up behind FMG to join the ranks of mini-majors. There is also Woodside, which has shunned the management consultants under Don Voelte, who severed the company’s love affair with McKinsey under the previous leadership of John Akehurst. Mr Voelte is set to leave next year.

Churchill Consulting principal David Prendiville said the local market had changed significantly in the past decade or more.

“It’s a deeper market now, it is much more sophisticated,” he said.

That was highlighted during the GFC, when workflow continued on the back of unstoppable momentum in key sectors – although each of the consultancies experienced this in different ways.

Mr Prendiville’s business partner Todd Mairs said it was not just the market’s expansion but the strong growth of individual companies had created demand for strategies to deal with that.

“Mid-tier miners are reaching a size that requires them to adjust the way they plan and manage their growth, they can’t rely solely on intuition and operate on a word-of-mouth basis,” Mr Mairs said.

“You can’t rely on the CEO knowing everyone by name any more.”

PwC partner Robert Radley sees the opportunity in WA is around the project-based nature of the work, with each mine or LNG plant being developed through a series of distinct phases that require specialist knowledge.

“You can’t set up a company for each of these phases,” Mr Radley said. “We are aligning ourselves around the stages that those companies go through. Each one becomes an operating company.”

The size of the WA market is not the only thing in the management consulting worlds that has changed in the past decade.

The sector has also evolved, even if the perception lingers from decades past of expensive advice, delivered in a take-it-or-leave-it style via a big document and a fancy PowerPoint presentation.

Increasingly sophisticated boards and management, many holding MBAs of their own, are no longer interested in hearing about the silver bullet answer from a guru speaking another language.

“From a strategy consulting perspective the days of management consultants doing big reports which clients read and do nothing with are long gone; it is not about perfect answers, it is about the most pragmatic, simple realistic answer that will be easily implemented and effective,” Mr Radley said.

Like many in the management consulting world, Oyster Consulting operates in more than one area. It is at the coalface a lot with optimisation and operational improvement work for resources players but it also does strategy work and will venture outside the mining sector.

What does make it a little different is that it offers a bit of WA-style entrepreneurialism when it comes to its services for the small end of town.

“We like to buy into the risk associated and take skin in the game,” Oyster managing director Paul Shields said.

“We are heavily involved in the execution and far prefer to get runs on the board for the clients than to get perfect strategy or perfect solution.”

While Mr Shields believes most management consultants offer variations on this theme, his firm will even take an equity position, something that was rare among the firms surveyed by WA Business News.

“We do start-ups that are mining related, here we do truly take more skin the game, we’ll take an equity component,” Mr Shields said. 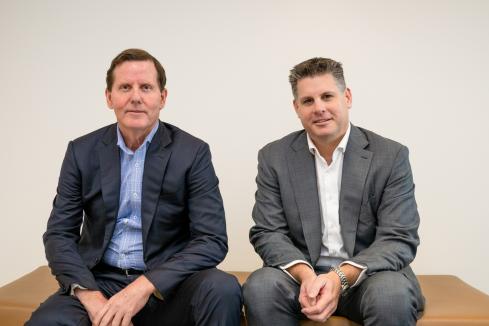