New and established players in the management consulting sector are beefing up their practices, undeterred by the slowdown in project work in the mining industry. 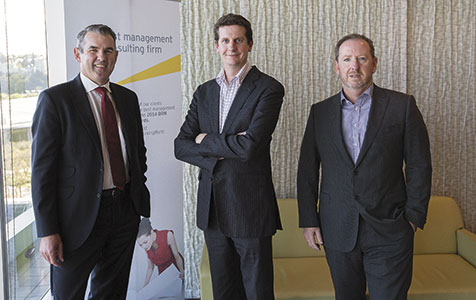 New and established players in the management consulting sector are beefing up their practices, undeterred by the slowdown in project work in the mining industry.

His move lifts Azure’s consulting headcount to 14, and that will grow over coming months as three new recruits, including an additional director currently working offshore, join the firm.

The firm is pitching itself as an alternative to the big global consulting firms, but with a pricing structure and strategy attuned to the needs of the local market.

Mr Radley said there was a good pipeline of work opportunities as economic and regulatory factors drove change in sectors as diverse as mining services, energy, education and government.

Another notable change this week was the launch of engineering firm WorleyParsons’ global consulting practice, under the name Advisian.

This comes 12 months after WorleyParsons and Deloitte announced an Australia-wide alliance to provide advisory services.

CEO Dennis Finn, an Australian who previously worked for PwC in New York, will head the practice.

Advisian has 25 consultants in Perth, ranking it number 14 in the BNiQ listing of management consulting firms in WA.

These changes follow two recent deals by major accounting firms EY and KPMG, which have bolstered their in-house mining expertise.

“The big benefit for EY is their specialist expertise in resources, which suits us very nicely and adds that accretive solution to our services here in Perth,” he said.

Mr Farrell said EY expected to sustain rapid growth, with demand coming from across many industries.

“We’re not seeing any slowdown in demand for our services, it’s just a different kind of service.

“We will continue on double-digit growth this year.”

Mr Chapman said EY has provided an avenue for other Oyster staff wanting to join the firm but this was up to the individuals.