Construction to provide jobs in 2015: Hays

Employment growth in the construction industry will be strong in this quarter, according to a report by Hays Recruitment, as the continued influx of new people to the state drives demand for residential properties. 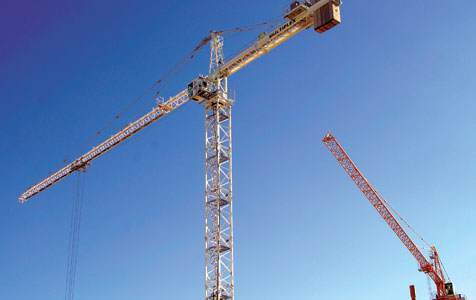 The construction sector is one of the state's largest employers.

Employment growth in the construction industry will be strong in this quarter, according to a report by Hays Recruitment, as the continued influx of new people to the state drives demand for residential properties.

The large number of new medium and high-density housing projects approved in Perth in 2014 will create jobs for skilled tradespeople and engineers in the year ahead, the report said.

“Those in demand include electricians, carpenters, plumbers, glaziers and fixers.

“Construction jobs are moving away from regional resources-based projects to Perth-based commercial and residential projects.”

Despite a fall in the rate of population growth, the most recent data from the Australian Bureau of Statistics indicated an increase in the Western Australian population of 2.2 per cent in the 2014 financial year.

Hays’ outlook will come as some relief to WA job seekers, after the ABS last week revealed a dramatic jump in the state’s unemployment.

For December, 6 per cent of the state’s workforce was unemployed, compared with 6.1 per cent nationally.

That was up from 5.3 per cent in the previous month.

Construction has been one of WA’s highest employing sectors in the past decade, employing just fewer than 150,000 people.

In other sectors, Hays said there was a shortage of managers and engineers with experience in coal fired power stations, and candidates with expertise in controls systems in the energy sector.

Engineers were also in demand in the oil and gas sector, particularly to save costs on capital expansion projects.

In the resources sector, Hays found many qualified employees were reluctant to change roles, particularly in gold, were there was concern over the fall in the $US gold price.

Shutdown tradespeople and planners were also in demand.

Logistics and transport was also a positive story.

“The recent arrival of multinational retailers to Western Australia and the imminent arrival of other well established retail brands will result in a continued increase in freight volumes and create opportunities in both the third party logistics and freight forwarding space,” Hays said.