Developer Stirling Capital and construction partner Jaxon have started work on a 19-level apartment project at Canning Bridge that has set new standards for environmental management. 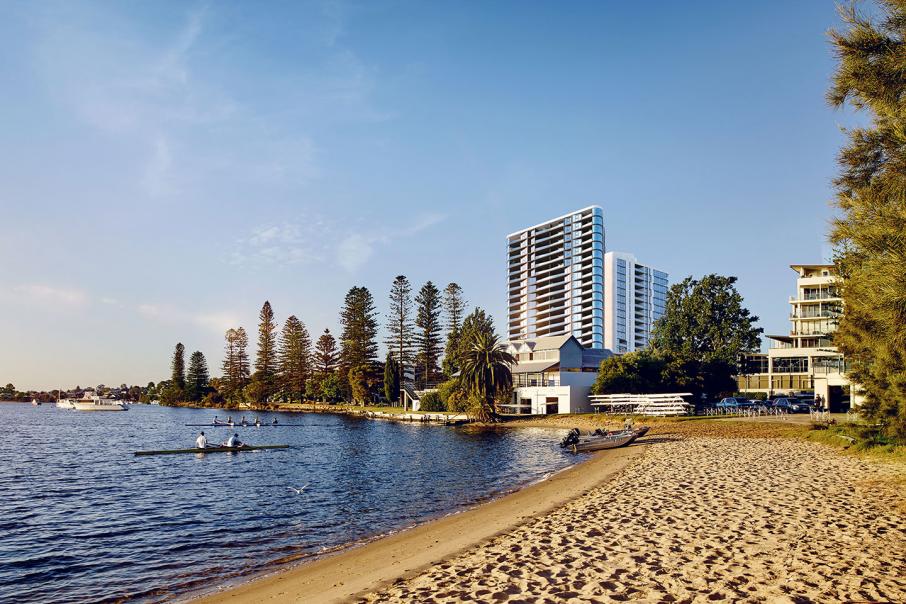 An artist's impression of the two-stage Cirque apartments development.

Developer Stirling Capital and construction partner Jaxon have started work on a 19-level apartment project at Canning Bridge that has set new standards for environmental management.

Stage 1 of the Cirque project has 111 apartments, with 50 per cent already sold.

It is due to be followed by a second tower with a further 121 apartments.

Stirling said the development cost of the two stages was a combined $90 million.

Cirque adds to several other apartment projects in the Canning Bridge precinct, which has been targeted for higher density development to take advantage of its transport links and proximity to retail and entertainment facilities.

Other developments under way include Norup + Wilson’s The Precinct, which will stand 22 storeys tall and have 199 apartments.

That followed completion of Norup + Wilson’s 34-apartment Precinct on Ogilvie.

Finbar Group also has plans in the area, partnering with Monadelphous Group chairman and landowner John Rubino to develop a three-stage, 440-apartment project.

Compared with buildings constructed to meet minimum standards, Cirque has been designed to use 35 per cent less electricity, cut water use by 25 per cent, recycle 96 per cent of waste and produce 44 per cent fewer emissions.

“As the first five-star residential building in Perth, Cirque Apartments sets the bar for the sector and shows that it is possible to achieve affordable, high-quality, sustainable design on the west coast,” Ms Madew said.

The development includes a community space that will be delivered via a $1.5 million partnership with arts group FORM.

Stirling Capital managing director Luke Reinecke said Cirque was a great example of what could be achieved by ensuring quality design was at the heart of development.

“Cirque’s sustainability features will ensure a healthier living environment for residents, plus savings on electricity and water bills,” he said.

City of Melville Mayor Russell Aubrey said Cirque was the first major development to be given the green light since the council adopted its Canning Bridge structure plan in 2015, and would set the benchmark for future development in the area.

“Further development planned for the area will attract more residents, and more options for entertainment and dining, adding to the vibrancy of the area.”