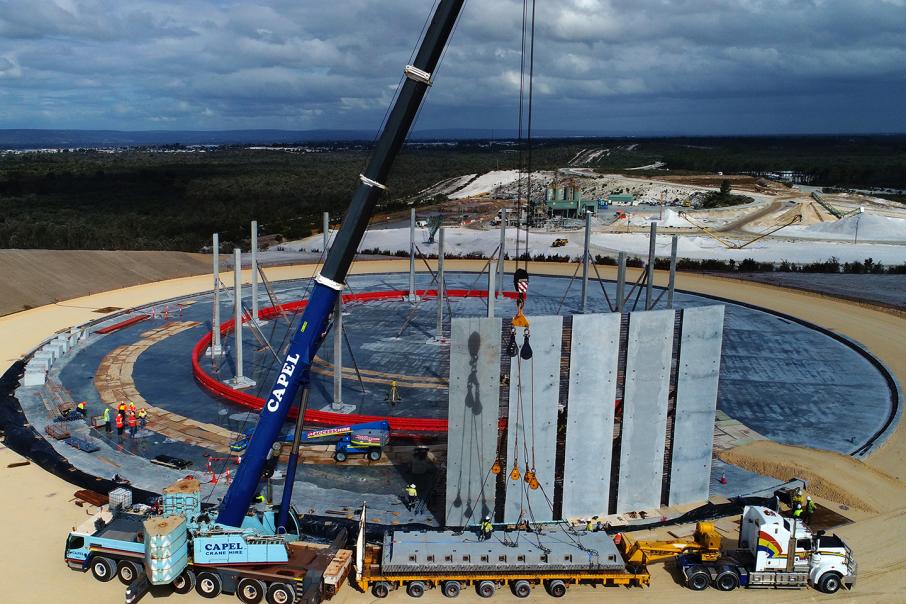 Privately owned companies Pindan, Georgiou Group, Perkins Builders and the jointly owned Doric and Jaxon rank among the 10 largest construction companies in Western Australia, according to data from the BNiQ Search Engine.

Their main competition comes from national and international players such as Multiplex, Probuild, John Holland and Lendlease.

Business News has obtained financial results for the four Perth-based businesses, and they show a sector in good health.

Georgiou is the largest and most diverse of these groups, with construction, engineering and property development activities and a growing presence on the east coast.

The annual review disclosed that work in hand slumped to $500 million as at June 30, down from $543 million one year earlier.

However, a spokesperson said a number of contracts had been awarded since then, lifting work in hand to about $700 million.

Other recent contracts include the Perth Airport Skybridge, the $18 million Roy Hill traffic bridge in the Pilbara, and the Marina East apartment building in WA.

Nationally the group worked on 46 projects last year, with staff numbers increasing to 636.

“A key element of our business strategy was to continue our growth on Australia’s east coast, the success of which has surpassed our wildest imaginations,” chairman John Georgiou said.

Mr Georgiou said the Australian construction market was forecasting a continued solid uplift through 2018 and 2019, led by mining and government infrastructure works.

Planning ahead, Georgiou is a member of the METROconnex consortium that is bidding for Metronet projects, including the Yanchep rail extension and the Morley-to-Ellenbrook rail line.

The consortium’s other members are Spanish group Acciona, Clough, Aurecon, and WSP.

Doric and Jaxon, both owned by Harry Xydas, have for the first time lodged joint accounts through the newly formed entity Doric/Jaxon Consolidated (DJC).

The group returned to the black with a net profit of $5.4 million, from a loss of $13.1 million previously.

While Doric and Jaxon have joint ownership and a combined back office, they continue to trade separately.

Doric’s current projects include the Midland Gate shopping centre expansion, the HMAS Stirling redevelopment, and completion of the SubiXO development at 500 Hay Street.

Pindan has achieved a net profit of $8.3 million on turnover of $319 million.

This comes after Singapore group Oxley Holdings acquired a 40 per cent stake in the Perth business in December 2016.

Director David Pringle said the group had typically achieved annual turnover closer to $500 million, and he anticipated it would return to that level in the current financial year.

The group has building contracts currently on hand worth about $1 billion, including the $60 million Myvista aged care facility in Mirrabooka, the $49 million Rosewood aged care facility, and the $36 million marine operation centre at Port Hedland.

In addition, its development arm, Pindan Capital, has 24 projects worth $1.7 billion under way across WA, NSW and Queensland.

Bunbury-based Perkins Builders has reported a net profit of $5.1 million for the year to June 2018, down from $7.9 million in the prior year.

“Project gross margins have been maintained under challenging economic circumstances,” the company stated in its annual return.

Recent contract wins for Perkins include the $50 million UWA Ezone student hub building and the $45 million training and administration centre for the West Coast Eagles at Lathlain.