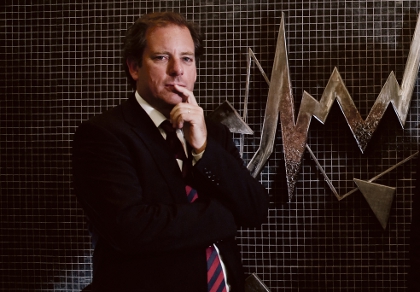 Mr Constantine, who is an executive director and head of corporate finance at Patersons, rose to the top of the league table on the back of high regard from clients that took part in the survey. Last year he was fifth.

While 47 per cent of the survey’s respondents were mining companies and the sec tor has boomed in a two-speed economy which has left much deal making outside of resources at a standstill, Mr Constantine’s emergence at the top of the field was not purely about being in the right place at the right time.

Working against him was the East Coles scoring system which is weighted against the Patersons clientele – typically companies whose plans to raise funds in the future were relatively modest.

But East Coles managing director Nick Coles said that Patersons had clearly won over its clients.

“There is a lot of love for them in that sample,” Mr Coles said.

Patersons was eighth in M&A and second in ECM.

Below is a press release from Patersons:

Patersons Executive Director and Head of Corporate Finance Aaron Constantine has been ranked best investment banker in the nation in the annual East Coles Best Bankers survey 2011 following a 5th ranking in 2010.

East Coles’ Investment Banking Research looks at the performance of investment banks and bankers across the Merger & Acquisition, Equity Capital Management (ECM) and Debt Capital Markets (DCM) spaces through the eyes of their corporate clients.

All corporates, Government and semi-government organisations that are active in the Australian markets and engage the services of investment banks are able to vote, with 147 companies voting this year.

Mr Constantine said his focus would continue to be on seeking to provide relationship-based services to Patersons clients to assist with both the opportunities that emerge and the adversity that can visit clients in difficult economic times.

“Aaron's achievement is very significant given the competition Patersons is up against from the global investment banks with very strong presences operating in Australia,” he said.

“It reflects very well on Patersons as a company and represents the excellent service provided to clients.

“Our research has various sections that look not only at how well an investment bank has serviced their clients to date, but also looks at which banks they will use in the future - Patersons scores well on both fronts.

“For a bank to be rated in the top 10 in these results shows that they have excellent credibility with a significant number of corporates who are active users of investment banking services,” Mr Coles said.

“Investors would be able to feel confident that a top 10 bank in our results has considerable experience and credibility in the Australian markets.”

Patersons Executive Chairman Michael Manford has commended Mr Constantine on his ranking and for representing the values that all Patersons staff strives to represent.

“We have one of Australia’s largest advisory networks and our well-regarded research enables strong and personal advice based on valuable information about listed Australian companies, mid-cap industrials,” he said.

“It is our commitment to nurture effective and long-term relationships with both our clients and our people to provide the best possible advice, and we are very pleased to have been recognised for this for the second year running.”