A revised planning strategy and new developments could set the tone for a renewed Cottesloe beachfront. 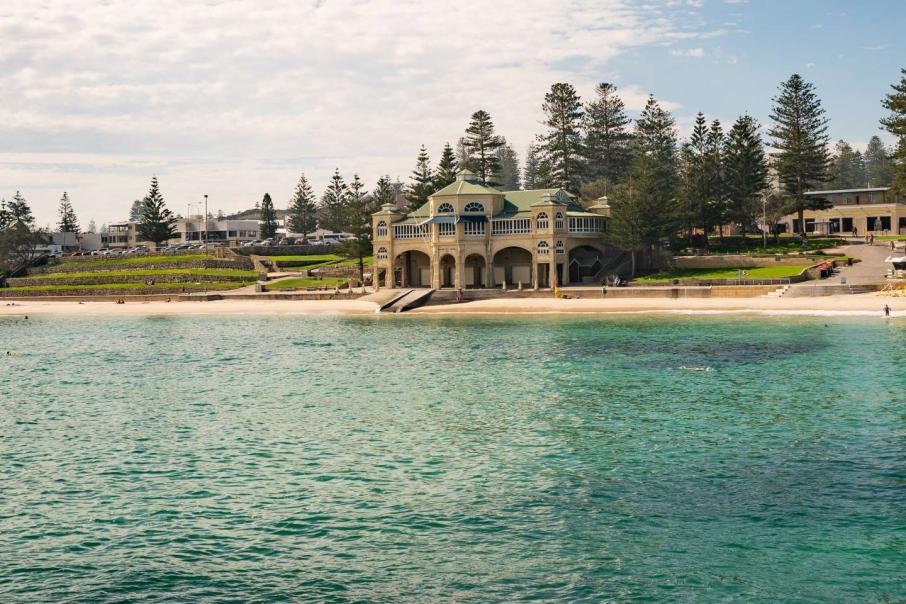 Cottesloe’s Marine Parade remains conspicuous for its lack of density and new development, given how other prominent beachfront suburbs are learning to live with change.

What to one person represents ‘progress’ is to another a ‘loss of character’, with community objections to issues of height, in particular, posing challenges for developers.

Gary Dempsey knows this all too well and believes it’s one reason why so little property development has taken shape in the area over the past 20-30 years.

Gary Dempsey Developments recently submitted revised plans for an apartment development along Marine Parade, after the project received criticism over its scale and height from some community members and the Town of Cottesloe, which said it breached the local height limit of 21 metres (about five storeys).

GDD has gone back to the drawing board, reducing the number of storeys from nine to eight (now standing at 27.1 metres), and shedding two apartments to 14 in total.

The push for more height comes at a time when Cottesloe’s Local Planning Strategy is being revised, with GDD instead choosing to pursue the streamlined development application process via the State Development Assessment Unit.

Under the SDAU, the Western Australian Planning Commission, rather than local authorities, has the final say over the approval of a project, and is not required to abide by local planning laws in its determination.

“There are plenty of challenges associated with developing in Cottesloe,” Mr Dempsey told Business News.

“You have a traditionally anti-development council, an anti-development local media and a small but dedicated group of well-resourced anti-development vocal community members who have been actively campaigning against any sort of change in Cottesloe for decades, particularly anywhere near the beachfront.”

Mr Dempsey said the upside to a lack of development was an absence of competition in the delivery of quality projects; the challenge was getting over the hurdles to get it to market.

“There’s an eager market there of buyers who are wanting this sort of development, they just can’t find it and they are often too busy to speak up as loudly and as often as the anti-development-at-all-costs brigade,” he said.

Mr Dempsey said high-value land presented another challenge, with the existing planning envelope making it financially unviable for most developers under certain constraints.

“My philosophy is to deliver a project I can be proud of in an amazing location that is of superior quality and design and where I would be happy to live, and that’s what I am trying to do in Cottesloe,” he said.

“Interestingly, the database we already have of people interested in the project are almost exclusively from Cottesloe and people who cannot find anything suitable to downsize to in the area.

“Regardless, I know we are never going to keep everyone happy.”

Mr Dempsey said the Cottesloe project at 120 Marine Parade was designed by Klopper & Davis Architects, and aimed to architecturally reflect its surroundings.

In late April, Cottesloe’s planning officers argued the amendments to the initial plans did not adequately address its original refusal, recommending it be refused again (the SDAU could still give the green light, however).

“We want to be a modern, vibrant, welcoming city; you can’t create that without change and investment and progress and you certainly can’t achieve that if you just have a blanket policy of saying ‘no’ to anything new or different,” Mr Dempsey said.

“There needs to be a sense of balance rather than an ongoing hysterical debate that Cottesloe is going to turn into Bondi/the Gold Coast/lower Manhattan; it’s just become ridiculous and so parochial.”

“It’s not the same proposition we had in the 1960s to the 1980s, that awkward area of density,” Mr Denholm told Business News.

“People need to take a step back and appreciate they’re in a capital city environment where you’re naturally going to get these kinds of pressures so close to the city.

“Cottesloe can’t remain in the same form … it will have to evolve.”

That was particularly important for infill targets and housing diversity, he said.

The overshadowing of buildings was an ongoing concern, he said, which the WAPC had been working to address in its apartment design guide, while introducing measures to ensure appropriate development responded and contributed to the area.

Mr Denholm said the density debate was ongoing in several beachside precincts in addition to Cottesloe, pointing to City Beach, Trigg and the Canning Bridge area.

“Wherever there are high levels of serviced amenity you’re naturally going to see pressures for development” he said.

“Cottesloe is getting on the front foot and coming up with a plan to make sure that development is not out of control, but at least a modest response to those development pressures.”

Height was one of the key concerns that delayed the approval and gazettal of Cottesloe’s Local Panning Scheme No.3 (LPS3) in 2014, particularly for the two existing hotel sites and for the Foreshore Centre Zone within the scheme.

Schemes that envisage the future zoning of land and associated planning controls must be accompanied by a Local Planning Strategy: Cottesloe’s strategy was prepared in 2008 and, being more than 10 years old, required a review in accordance with regulations.

That review included a discussion paper, which was released for public comment last year.

The main issues raised in submissions were the retention of building height limits along the coastal foreshore, and the review of locations for higher densities.

A Town of Cottesloe spokesperson said all the issues raised in submissions were now being considered with a view to preparing a revised strategy for further public consultation by late 2021.

Until that is finalised, it could push more developers to pursue the SDAU channel.

Other major projects proposed along Marine Parade include the redevelopment of the Ocean Beach Hotel and the Indiana Teahouse (see map).

The proponents did not provide an update on the project delivery timeline in response to enquiries by Business News.

At the other end of Marine Parade, Andrew Forrest’s plans to redevelop the Indiana Teahouse are slowly progressing. Fiveight, part of Mr Forrest’s Tattarang investment group, acquired the leasehold to the site in 2019 and ran a design competition for its redevelopment.

However, the Heritage Council of WA proposed to permanently list the Indiana site and the surrounding Cottesloe Beach precinct, on the Heritage Register, in 2020.

Fiveight has since developed a conservation management plan, in cooperation with the Town of Cottesloe, which has now been submitted to council for formal endorsement.

The CMP sets out specific guidelines relating to the building’s internal and external features, identifying areas of heritage significance with an aim to provide clear policies for the sustainable future of the site.

If the CMP is endorsed by Cottesloe council, it will then be formally lodged with the Heritage Council of WA.

Fiveight head John Meredith said the CMP represented an important project milestone as it would provide a clear pathway for all stakeholders in the redevelopment of the Indiana site.

The CMP would also help avoid any more development delays.

Nearby, construction has already begun on Curtin Heritage Living’s project at 40 Marine Parade, proposing a mix of residential care suites, independent living apartments and short-stay family accommodation, as well as amenities including a medical centre, restaurant, art collective and gallery.

Completion of the entire precinct is expected in 2023. Behind that project, the sale of heritage buildings at 53 Curtin Avenue presents a future residential development opportunity.

A Department of Planning, Lands and Heritage spokesperson told Business News negotiations between a proponent and the state government were ongoing and remained commercial-in-confidence.