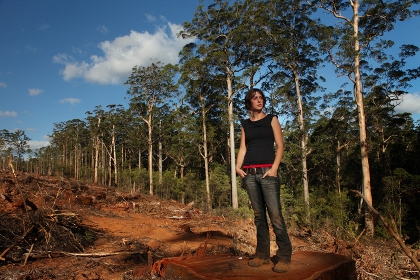 Conservation groups are gearing up to launch a major public campaign against the state government, after the release of a new 10-year draft strategy for the management of Western Australia’s forests.

Environment Minister Bill Marmion said the draft plan, released today by the Conservation Commission, would maintain the status quo and continue the ban on old-growth logging.

“The plan seeks public comment to ensure than an appropriate balance is found for a range of forest uses, the conservation of biological diversity, socio-economic benefits and cultural heritage,” Mr Marmion said in a statement.

Forest conservation groups, however, say the plan reveals the government is considering “huge increases” to native forest logging in WA.

“The Barnett government has shown its hand; it wants to increase native forest logging despite the industry already being unsustainable and highly destructive.”

Ms Beckerling said conservationists were particularly upset over revelations that the government had renegotiated contracts with timber mills before the draft management plan was released.

“In an effort to lock in unsustainable logging levels, the government had promised six saw millers up to $57 million in compensation if their log allocation is decreased,” she said.

“And government agencies have been looking for buyers for 800,000 tonnes of logs a year that could be burnt to produce electricity.”

A public submissions period for the draft plan will close in November.