Australian businesses can be confident that strong personal relationships with their partners in China can help overcome any short-term problems between the governments of the two countries, according to two local business executives with close ties to the Asian powerhouse. 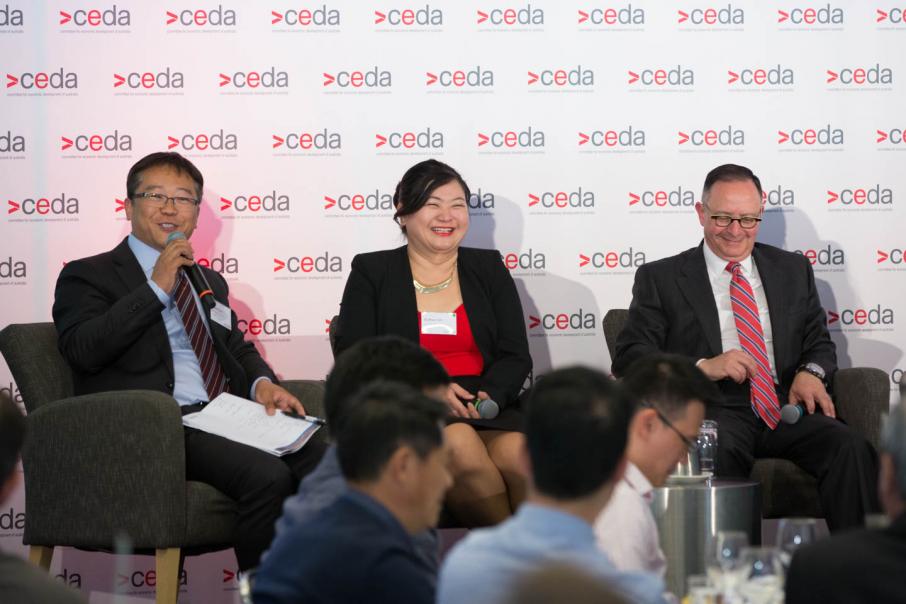 Australian businesses can be confident that strong personal relationships with their partners in China can help overcome any short-term problems between the governments of the two countries, according to two local business executives with close ties to the Asian powerhouse.

“There’s some tension between the two countries,” Mr Sun said.

“Sinosteel, we've been running a relationship with Rio Tinto for 31 years, and we have experienced worse situations in the past 31 years.

“So I’m sure this is just temporary issues.”

It comes after prolific media commentary about Australia’s relationship with China, following an opinion piece by former Australian ambassador to China Geoff Raby, which called for Foreign Affairs Minister Julie Bishop to be sacked from the role.

Ms Bishop reportedly countered that Mr Raby was profoundly ignorant of the level of engagement between the two countries, adding that the relationship was deep and strong despite the two having their differences.

A range of incidents in the past year have served to heighten tensions, including the resignation of former Labor senator Sam Dastyari for allegedly tipping off a Chinese businessman that his phone was probably being tapped.

Others have included accusations of spying by the Chinese government on university students.

“With respect to politics, I tell my clients it’s not our job as businesses to predict what governments are going to do to one another,” Ms Oh, a former 40under40 winner, told the lunch audience.

“It is our job and it is our duty to make sure we are ready, are prepared, for whatever circumstances might be before us.

“For business, you’ve got to recognise that the Chinese society also have very strong national values.

“When foreign diplomatic (relations) are strained, it will have some negative impact, and consequences on businesses.

“However, the Chinese people are also very understanding and it all comes down to (the relationships) you have with them.

“Trust is the currency of business … ultimately it’s about personal relationships, business to business.”

She said Chinese people were diligent, and generally did not want to play politics.

Their focus would be on trade and investment, something they had done for centuries, Ms Oh said.

It follows the sale of Brownes to Chinese agribusiness Ground in recent months.

The Chinese market for milk was growing at about 6 per cent per annum, Mr Girgis said, much stronger than the roughly 1 per cent level domestically.

Cheese demand was growing around 17 per cent, underpinning the business’s recent decision to reopen an old cheese manufacturing plant at a cost of $10 million.

Mr Girgis said businesses needed a compelling value proposition in the Chinese retail market, because consumers were spoiled for choice.

Competition from European milk companies had grown thanks to embargoes against milk being sent into Russia.

Traceability was important, he said, as was the brand’s longevity, which was an indication of quality.

A gradual reduction of milk tariffs under the China-Australia Free Trade Agreement would also be of benefit, Mr Girgis said.